Hell. It’s been years since I submitted anything to iBrattleboro. I do look at it every once in awhile, mostly to see that things are okay in one of my favorite places to live. But, I haven’t been there since 2004. I sense everything is okay. And I do hope all my friends there are happy, or at least struggling towards a worthwhile goal.

When I lived in Brattleboro I always thought, “this would be a good place to stay.” Yeah, I know. It has its quirks. But I’ll never forget my first day there when a postal worker spent ten minutes helping a homeless person get their mail straightened out. And I thought, “if I’m ever poor, this is where I want to live.”

Anyway, I just returned to Chicago after spending the past seven years on the California coast. What I call Oprah-Land. Or Nirvana Land. Or a host of other names. I do like California. Mostly the geography, ocean, desert, weather, and it still has a faint memory of the Beach Boys. And old silver screen movies. The Westerns. James Dean. And a lot of dreaming. 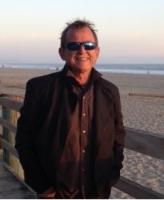 I want to say hi to my friends. Yes-am still alive. And I have no idea what anyone is doing back there. But I wish you all well.

And if you get a chance, download/listen to “I Remember” by Kaskade. Beautiful vocal and great dance beat. Kinda’ goes with spending Fri/Sat night in Brattleboro.But I have to run. There is a local wine bar that I want to check out…