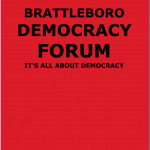 Drug-running has been fundamental to CIA operations, strategy and funding throughout its history. The US Senate Kerry Committee Report of 1989 detailed CIA drug-running through the 1980s to fund terrorist wars in Nicaragua, Guatemala and El Salvador. Professor Alfred McCoy, University of Wisconsin, and Professor Peter Dale Scott, Emeritus University of California, have written extensive histories of CIA drug-running from its inception in 1947 to the present. The facts are known and so little regarded. This presentation will review CIA drug operations to ponder why the facts matter and are simultaneously ignored.

How many Democratic Party candidates for President of the United States of America are now complaining about being excluded from political candidate debates which are partly funded by PBS, which receives federal tax dollars, and therefore should not exclude any candidate from debates?

I want all Democratic Party candidates for President of the United States of America to sit up and pay attention because you know that PBS is constantly asking for viewer donations, and you know that PBS contributes to the manipulation of the criteria for debate participation, so ask yourselves, how many of their donations are from foreigners, and how much influence do the foreigners have in the manipulation of criteria for debate participation? Isn’t that foreign influence in our elections if that is what is going on, even if it is a small part?

During presidential debates, as in criminal mainstream media there is effusive praising of veterans as heroes. How do these ‘heroes’ feel when the wars in which they risked life and limb while killing an enormous amount people are intensely labelled mistakes? Huh? Vietnam, Iraq, Libya, Somalia – just mistakes? All the death and horror experienced was for a mistake? Vietnam is still communist. Heroic for what? Worth some debate?

Millions of Americans have been under attack since Trump and his thugs took power. The list of inhumane, racist and xenophobic actions is long and most of the people who have been targeted are low income, vulnerable because of their health or socio-economic status or because they live in fear of having their families torn apart.

The vulnerable among us are experiencing a type of bullying never before seen in this country, but this kind of cowardly action has become the norm for our rogue government. One of the more recent assaults on Americans who are working hard and trying to get ahead is a proposed rule change that would cut food stamp (commonly referred to as SNAP) benefits to about three million people. 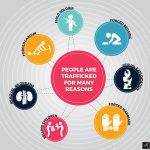 On Friday, Nov. 22, at 7:30 pm, in the parlor of the Centre Congregational Church, 193 Main St. in Brattleboro, Windham World Affairs Council will present “Movement Of People: Trafficking and Migrating in Southeast Asia Today.” The Speaker will be Braema Mathi, a Singapore-based human rights activist who is currently in the Global Fellows program at Keene State College, sponsored by the Auschwitz Institute for Peace and Reconciliation.

The talk will be free and open to the public. There will be coffee, tea and conversation from 7:00 and the talk will begin at 7:30.

If you believe that you as a tax payer deserve a voice in how much you pay in taxes, I urge you to vote NO on questions 2 and 3 on November 19th’s ballot. (This vote is in Brattleboro, Dummerston, Guilford and Putney.)

Questions 2 and 3 require a town to give approval for grade changes or school closure. This sounds great… but the proposed amendments would give ONE town veto power over all the other voters. All of us pay the taxes.

Some members of the Brattleboro Selectboard appear to be having private communications during public meetings.

On a few recent occasions, some Selectboard members have looked at their phones, read some form of communication to them, and have made comments about it. Just the other night, Daniel Quipp said that Tim Wessel had texted him.  Until that point, no one knew that Wessel was a participant. He had been presented to the room as absent.

Close your eyes and imagine a wealthy Vermont. A Vermont with many high-paying jobs, exports, environmentally friendly manufacturing. Now open your eyes and look at the opportunity that is staring us in the face, hemp.

What are the barriers preventing the return to hemp products in the US and more specifically VT? Can we possibly overcome these barriers? The answer is yes. 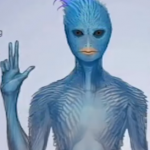 The universe holds an enormous number of planets having conditions capable of supporting life. It’s mathematically more probable that some actually do have life than it is that humanity is the only one. Such life may or may not resemble us.

Here on Earth, life proliferates from the deepest depths of the oceans to the highest mountain peaks; from the icy poles to the hottest, dryest deserts. There’s life everywhere. However, high probability does not equal certainty, but its close.

We moved our web design business to Brattleboro in 2001. People around Brattleboro were mostly using modems, and Sovernet was just beginning to sign people up for (relatively slow) DSL connections. We limped by, overpaid, and designed local web sites for low bandwidth knowing most people were stuck at low speeds around here.

As time went on, things didn’t really speed up much here, but friends (and competitors) in bigger cities were leaping ahead. While we were lucky to get 3-7 Mbps here, they were enjoying 200 Mbps or more.

The Deep State Is Assassinating Him!

“Wiki Leaks founder and journalist Julian Assange appeared in court to fight his extradition to the United States, sluggishly reciting his name and date of birth in a zombie-like state — displaying signs of either sleep deprivation, torture or poisoning.”

This proposal was sent our way with a request for criticisms. What say ye? (I kinda like the age-based escrow account idea….)

Windham World Affairs Council invites you to a talk by Clare Morgana Gillis, PhD, Brattleboro resident and WWAC board member, on Friday, Oct. 25 at Centre Congregational Church. Dr. Gillis will speak on “Beheading in the age of its technological reproducibility,” examining Isis propaganda and its afterlife in news and in the popular imagination, and she will consider the effect of those images on human rights issues surrounding thousands of captured Isis foreign fighters now held in Kurdish jails in eastern Syria. 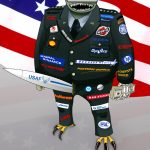 Do two wrongs ever make a right?

Hunter Biden got a nice job paying $50,000 a month because of his encyclopedic knowledge of the Gas Industry. Nothing wrong with that!

Joe Biden threatened the Ukraine in order to protect his son. Just a father doing his duty. Right?

And Donald Trump threatened the Ukraine if they fail to expose the Bidens. Just a concerned citizen doing his duty. Right? 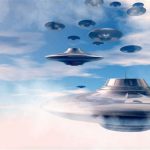 I spent all of yesterday devouring UFO stuff. In this morning’s reverie, it all came together.

Why have governments devoted enormous resources to denying their existence?
They are afraid that we’d “panic”. Yeah, right!

The Climate Strike. What an incredible outpouring of commitment, community, passion and determination.

Hundreds of people-( some counts are as many as 1000!) many of them elementary and high school students took to the streets to voice their fears and anger about the mess adults have made of this earth and the terrible legacy they are left with.

Hopefully more and more people will join the growing movement to have Brattleboro either step up or tear down the parking garage. A huge number of people no longer park there because The Town of Brattleboro has abdicated its basic duty to taxpayers and citizens to upkeep the garage. Let’s go through some basic undisputed facts about the current state of the garage:

Trash and stains punctuate the parking garage. Parking Enforcement told me there used to be a full time caretaker of the garage and now that person was cut to only 4 hours. Everyone feels this is unacceptable; there needs to be a full-time caretaker. 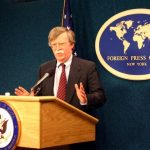 Ya want to hear a conspiracy theory?

19 disaffected Muslim men armed with box cutters and led by a sick Saudi on dialysis in a cave in Afghanistan hijacked 4 commercial planes, flew them around unhindered in any way for an hour or so then crashed them into 2 skyscrapers in New York and the US Pentagon, outwitting the most sophisticated intelligence network in the world.