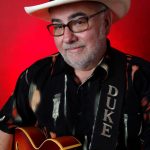 Join Next Stage for a dance party featuring the music of blues guitarist Duke Robillard and his band, on Friday, February 24 at 7:30 pm at Next Stage Arts, 15 Kimball Hill, in Putney.

Whether it’s a song, a style, an idiom or an image, Duke Robillard will render it with mastery, power, nuance and an unerring grasp of its essence.

On Friday, February 10, at 5:00 pm, the Brattleboro Literary Festival will feature A Literary Cocktail Hour with UK author and environmentalist Fred Pearce to discuss his book, A Trillion Trees.The online event is free and open to the public. Register here: https://bit.ly/LitCocktail27

The term ”trillion trees” has recently entered the public use — shorthand for the policy proposal to literally plant one trillion trees across the planet to solve the climate change problem. While the idea has some serious support, Pearce is not entirely sold. It is not that he is anti-tree; quite the contrary. But some of the large top-down reforestation projects are failing because governments aren’t taking their cue from nature.

AGENDA
I. Call to Order
II. Approval of Minutes from January 27, 2023
III. Review Work to Date on Sections and Give Feedback
IV. Other Business (as required)

9:00 am Energy Week with George Harvey – This Week’s Energy News 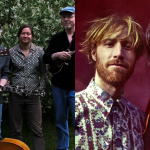 PUTNEY – Next Stage Arts Project and Twilight Music present an evening of contemporary folk and bluegrass music from near and far by Vermont-based The Stockwell Brothers and Oregon-based Fellow Pynins on Sunday, February 19 at 7:30 pm at Next Stage.

Eduardo is doing “the good work” at our Multicultural Center – helping to re-settle and assist refugees and asylum seekers while bringing their skills, culture and talents into our community – all with an amazing staff and many local volunteers.

AGENDA
I. CALL TO ORDER – 6:15 p.m. – Kelly Young, Board Chair
II. EXECUTIVE SESSION – 1VSA §313 (a)(4) a disciplinary or dismissal action against a public officer or employee

6:30 am Female Founders – Film and Media

Le Patin Libre is a contemporary ice skating company from Montreal, originally founded in 2005 by ex high-level figure skaters. They regrouped with the intention of transforming their athleticism into a means of free expression. Far from sparkles, stereotypes and champions’ demos, the creations of Le Patin Libre propose real works of art exploiting the amazing choreographic and theatrical potential of glide.

Guilford Center Stage returns, after a 3-year absence, with spring and fall productions of plays in its home at Broad Brook Community Center. COVID concerns cancelled the 2020 season, after which the former grange hall was closed for major renovation, now completed. The theater group will remain on COVID awareness as this season progresses.

In a departure from its usual mission of presenting little-known plays, Guilford Center Stage will move in the opposite direction for its return production, with performances of Thornton Wilder’s “Our Town” the first weekend in May. The group decided this popular, ground-breaking play about typical life in a small New England town would be in keeping with this occasion. The play will be directed by Ian Hefele, a veteran of several Guilford productions. Auditions will be announced shortly.

Mindy Haskins Rogers of Northampton (MA) and an alumna of BUHS, mentioned the policy of reporting unprofessional conduct by a licensed teacher to the Vermont Agency of Education, which has a state-level review panel. She cited the statute supporting this. Ms. Haskins Rogers asked Superintendent Mark Speno if he was aware of this requirement, and if he had issued these reports in a timely fashion. Mr. Speno replied “yes” to both questions.

AGENDA
I. Call to Order
II. Approval of Minutes from January 13, 2023
III. Review Work to Date on Sections and Give Feedback
IV. Other Business (as required)
V. Adjournment

9:00 am The Talk, Vermont – Hopes and Challenges of Black Democrats

WHO IS HIDING AMONG THE VARIABLES?