SHOPPING DAY (no donations accepted) at Swap Shop at WSWMD on Old Ferry Road, Brattleboro on Saturday, July 2, 8:30 am to noon. ALL ITEMS ARE FREE.

July 1, 2042- Twenty years after Roe v. Wade was overturned the Unites States is in the midst of a boom in the construction of women’s prisons as well as a revival of the warehousing of young children in orphanages.

Although the Supreme Court, as well as a majority of states, outlawed abortion women have continued to have the procedure done despite the legal consequences. When the law first changed there was a surge in abortions throughout the U.S. because the mechanisms for punishing those who defied the law were not well established.

As states changed their abortion laws and developed procedures for punishing women who had abortions, as well as those who provided the service, law enforcement agencies began to arrest women, nurses and doctors in numbers that were unanticipated. Thirty five states also passed laws that made it illegal for women to go to a state where abortion is legal if they live in a state banning abortion. The Supreme Court upheld states’ rights to punish women crossing state lines for abortions.

SPECIAL PROJECT OPENINGS: BCS will be producing a series of discussions on topical issues. For our part the purpose of the series is civil discussion itself. This event, to be held in September, will be a public discussion of abortion and Proposition 5. We are seeking speakers for both sides: three pro-choice and one pro-life.

Also a stipend is offered for a pregnant woman as an expert or lived-experience witness. BCS prefers to have no moderator, but the exact format of the event will be determined after proposals by the speakers. Since we believe public discourse is the fabric of society we hope the public will witness people disagreeing respectfully on a serious moral issue. This is tantamount for the event and the series.

IMPORTANT INFORMATION AT THE BOTTOM OF THE MENU

The first few links at https://hollandmills.website document my ICCF career.

The two noteworthy aspects of this title are that it’s an international title and that it survives me.

Also, after over five years without a tournament victory, I finally placed first in a Master Norm tournament:
https://www.iccf.com/event?id=88928 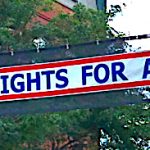 CIVIL RIGHTS FOR ALL
On the 4th we celebrate our Independence from the tyranny of King George and the British Empire. Yet tyranny remains. Corporate tyranny and systemic racism enabled by our government. But all of us who are abused, misused, oppressed, even murdered- we all deserve respect and fair treatment. Civil rights for all people!

IMPORTANT INFORMATION AT THE BOTTOM OF THE MENU

Off in a corner
in the midst of a mid-town cocktail party,
sits a shy young lady with a small animal
Wrapped in a muff,
Sitting on her lap.

June 20, 2055- After more than 30 years of grassroots activism a constitutional amendment has been passed in the United States that will make it illegal for most citizens to possess firearms. The 28th amendment is short. It states that, “No citizen, with the exception of military, law enforcement and certified hunters shall be allowed to possess and use firearms. Hunters must be subject to a federal certification process requiring background checks and verification by one mental health professional of suitability to hunt.” The amendment also describes provisions for removing guns from circulation.

The organization No More Dead Children was created in the wake of deaths of 19 children and two teachers in Uvalde, Texas in 2022. Chapters of the organization formed in communities throughout the U.S. and became the voice for gun reform. Many of the leaders of these organizations were survivors of mass shootings at schools.

Brattleboro officials notice the housing crisis: 500 units are needed — NOW. But recent proposals for construction of a dozen or so units are a pathetic response.

The selectboard and committees are fixated on new construction, as if that is the only way.

SHOPPING DAY (no donations accepted) at Swap Shop at WSWMD on Old Ferry Road, Brattleboro on Saturday, June 18, 8:30 am to noon. ALL ITEMS ARE FREE.   Photos of some available items are posted on Facebook’s Brattleboro, Vermont group page. MANY NEW ITEMS! WE’RE OVERSTOCKED!

I’m watching a film on Netflix that takes place in Bilbao, a city in northern Spain.

I can’t stop remembering when, many years ago, I visited Bilbao, courtesy of the US Navy.

Our ship docked in San Sebastian, a sleepy fishing village where nothing EVER happens. However, a dozen miles away lay Bilbao, a thriving metropolis.

I have been writing weekly commentaries for 28 years and I am beginning to realize that the time has come to think outside of the box. All those words may have had some impact on the world. People have learned a few things, but I remain impatient for the kind of change I would like to see.

So I have decided to try something new. I will write what might be called wishful thinking news stories, not fake news. These will be stories written in a news format that describe how the world might be if we made some of the changes that many Americans would like to see.

It usually happens when a president is elected. His politics are antithetical to mine and I wonder how my country could have elected such a person who will set the U.S. on a bad course. I harbor thoughts of leaving the U.S. and moving to a place that is more aligned with my vision for a better world.

But there are so many political, economic and social changes happening in this country now that I am feeling the same unease I felt when the Bushes and Trump were elected. It has nothing to do with Biden, although I would like to see better positions on a number of issues.

I have come to accept the fact that the U.S. political process is so broken that it will never be fixed in my lifetime or in the lifetime of many more generations.

SHOPPING ONLY DAY at Swap Shop at WSWMD on Old Ferry Road, Brattleboro on Saturday, June 4, 8:30 am to noon. ALL ITEMS ARE FREE.   Photos of some available items are posted on Facebook’s Brattleboro, Vermont group page. Loads of new treasures came in last Saturday!

It is time for the June 2022 dashboard summary. We continue regular COVID-19 dashboard numbers from the Vermont Department of Health, and MA and NH counties that surround Brattleboro, as long as they continue providing them.  Scroll down the new comments for the latest.

Come to BEEC to explore, discover, imagine, and play!

Nature Explorers Summer Camp is for the young person who enjoys the natural world.  Our goal is to foster children’s love of nature in a fun, safe and supportive environment. Children spend each day outdoors exploring the forests, meadows, and waters of BEEC’s 60 acres.  Children return year after year, excited to visit special places such as Grandmother Tree, Mossy Rocks, and Frog Pond.

Mass murder in this country will continue unabated no matter what happens next. More dead children. More grieving families. More meaningless words spoken by politicians of all viewpoints.

If we are ever going to have any hope of diminishing the level of gun violence in this country we have to stop looking to politicians as our only hope for change. Guns kill people and no matter how you twist it, mass murder would be difficult without access to automatic weapons as well as guns of any kind.

The issue is about guns. Those who don’t think so will never change their minds and we have to accept that reality if we are ever going to change anything. That means moving away from the political arena into the court of public opinion. Mass protests and demonstrations can make a difference and that is the only way we will ever slow the death rate from gun violence in this country.

SHOPPING ONLY DAY at Swap Shop at WSWMD on Old Ferry Road, Brattleboro on Saturday, May 21, 8:30 am to noon. ALL ITEMS ARE FREE.   Photos of some available items are posted on Facebook’s Brattleboro, Vermont group page.  WE ARE OVERFLOWING WITH TREASURES! Please help us clean out our space.