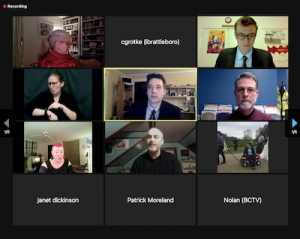 Marginalized populations of Brattleboro were a common theme for the Brattleboro Selectboard at their first meeting of the new year. They struggled with Human Services funding requests, then listened to an extended overview of the Community Safety report.

Everyone is encouraged to read the full report then return next week for more discussion of this and other topics.