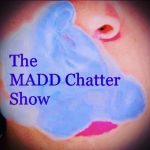 Share your stories of healing, spirituality or personal growth for inspiration and motivation!

Vermont was featured on the national news last night. The PBS Newshour did a segment on Vermont and the pandemic. Our rising numbers contrast with our early successes and this makes for interesting news.

They said that Vermont’s numbers were up because 1) everyone got their shot early on so we’ve had a long time for the effects to weaken, and 2) variants are more contagious now.

People ending up in hospitals are mostly unvaccinated. People who are vaccinated are getting milder cases, but are transmitting it to those who are not vaccinated yet.  Booster shots aren’t as popular as the first round of vaccinations, either.

The next BCTV Board of Directors meeting will be November 17th at 6:15 PM via Zoom. Meetings are regularly held on the third Wednesday of the month at 6:15, and are open to the public.

I apologize to everyone who woke early on the 1st to check your screen, disappointed that the Blog88.org October Issue was not up. Well, it is still October, and here it is!

Articles by Phoebe Sparrow Wagner in each of the first two issues was a hard act to follow. Phoebe had set a world-class standard. Following an Olympic Gold Medalist long distance runner, we will be happy to amble in her footsteps, enjoying the stroll. I think we ended up with a very nice issue. There is a lovely piece by amazing Justin Cabral. In a uniquely unencumbered style, with 83 exuberant words, Cabral extols an array of 40 things which bring him joy. The October Issue also features an Ask The Broker column, titled, “Black Swans.” And there is more.

The public is invited to the awards ceremony that will be held on Thursday, November 4 at 6:00 PM at the Latchis 4 Theatre in downtown Brattleboro. 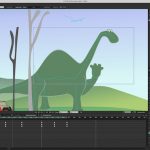 I thought I’d share the scene we did for Crowdsourced Cinema VT’s production of Jurassic Park, now viewable on BCTV and other streaming places.

35 teams of Vermonters participated, and were each assigned scenes from the film randomly. Ours was the scene where they first arrive on the island and see their first dinosaurs. As you might expect, I chose to do animation. (Others used live action, puppets, animals…)