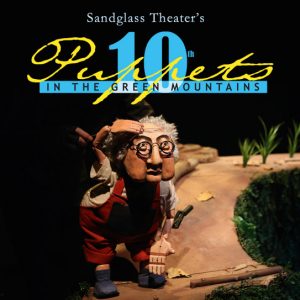 TICKETS ON SALE NOW! at puppetsinthegreenmountains.com

Every couple of years the little town of Brattleboro,Vermont welcomes puppeteers from around the world. To the delight of the national puppetry community and local audiences alike, Sandglass Theater’s Puppets in the Green Mountains festival of international puppet theater has become Southern Vermont’s premier puppetry attraction, drawing a diverse audience from all corners of New England, Quebec, New York City and beyond.

Sandglass Theater is excited to announce the 10th edition of their International Festival of Puppet Theater. This year’s festival, titled Opening the Doors, will be held September 19th-23rd, featuring companies from Wales, Taiwan, Canada, and around the US. It will build directly upon the themes introduced during the 2015 festival, Walking to the Borders, which focused on issues of immigration and humanization. With performances for all ages as well as shows specifically for adults, this year’s programming will focus on fostering a spirit of inclusion and play. From a stirring performance by a mixed ability cast that takes a timely look at marginalization in today’s societies, to Sandglass Theater’s newest piece that delves into the complicated issues of the refugee crisis, this year’s festival highlights stories of Access & Inclusion. The festival offers an invitation to open our doors, to listen and engage with the voices and stories around us.

Sandglass Theater is working closely with local partners and community leaders to present programming that goes beyond the stage, and aims to foster meaningful conversation around these performances. Partners include Theater Adventure Program, Community Asylum Seekers Project and the Rockingham Arts and Museum Project. The audience is invited into an immersive exploration of this year’s themes through workshops, community dialogues, keynote speakers, puppet slams and an array of other exciting events! The festival will open with a fundraising Gala Celebration at the Brattleboro Museum & Arts Center on September 20th at 5:30. This is an opportunity to meet the guest artists from Taiwan, the UK, and Canada, as well as performers and other guest from around the US. There will be a sumptuous array of sweet and savory bites and refreshing drinks, live music, and an exclusive pop-up performance. The ticket includes admittance to Sandglass Theater’s Babylon: Journeys of Refugees, newly revised and recent recipient of a NEFA National Theater Project Award.

The Keynote Address will be given on September 21st at 5:30 at NEYT by Tracy Broyles, former Executive Artistic Director of Spiral Q Puppet Theatre in Philadelphia. Tracy will offer a path to opening doors, unmasking accessibility, and pulling the right strings to a more just and joyous world. This keynotes is free and sets the stage for the rest of the festival.

Other shows include Sinking Ship’s The Hunger Artist (USA). This visually-striking adaptation of the Franz Kafka short story uses physical theater, Victorian miniatures, puppetry, and a set of simple props to support a powerhouse solo performance. Sandglass is also pleased to present the US-based family performer Joshua Holden with the second edition of his touching, hilarious, and wildly successful performance for children. In The Joshua Show (USA), a surly nay-saying hand puppet named Mr. Nicholas plans his escape to outer space. With singing, tap dancing, and a cast of zany puppets, Joshua sets out to convince Mr. Nicholas of all the reasons there are to stay here on Mother Earth. And from Taiwan, The Puppet and It’s Double will bring Mr. Ruraru’s Yard, a piece for young audiences about an old man, who learns lessons about community and sharing as he tries in vain to keep order and control in his yard. This highly visual show is performed entirely without spoken words, using both puppets and natural materials that evoke a living relationship with nature.

Sandglass Theater is also thrilled to announce their first partnership with the Puppeteers of America Regional Festival: Puppet Homecoming, which brings professional puppeteers, along with students and fans of puppetry into Southern Vermont for the full experience of attending shows, running and participating in workshops, involvement in community dialogues and celebrating this unique art form and the community that practices it! This 10th edition of Puppets in the Green Mountains presents a well-balanced lineup for both family and adult audiences. It will feature top-quality productions for the theater enthusiast and meaningful engagement for the social activist. Melding festival performances with community-wide discussions, Sandglass Theater seeks to underscore the powerful importance of the arts’ role in addressing and inspiring personal engagement with national and international issues.

All venues in the Puppets in the Green Mountains festival are wheelchair-accessible. Assistance can be provided for priority seating and parking. Two shows will be offered with ASL interpretation: Meet Fred September 22nd at 4:30pm and The Joshua Show September 23rd at 11am. Sandglass welcomes people of all abilities, and strives to provide programming that is inclusive and accessible to all.

The Puppets in the Green Mountains is made possible with the generous support of Sandglass Theater’s funders, sponsors, board members, and volunteers. Funding was provided in part by The Clowes Fund, The Bay & Paul Foundation, The New England Foundation for the Arts, Puppeteers of America, The Thomas Thomson Trust, The Vermont Arts Council, The Vermont Community Foundation, Taipei Cultural Center, the Windham Foundation, Chroma Technology, Brattleboro Savings & Loan, as well as local supporters and sponsors. 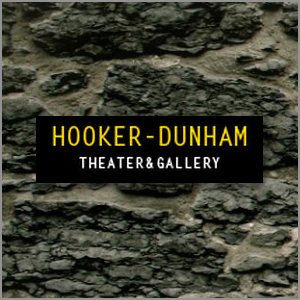