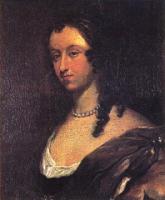 March is Women’s History Month and you don’t want to miss a lively, engaging presentation of In Disguise! Undercover with Real Women Spies at the Brooks Memorial Library Meeting Room, on Saturday, March 30, at 12 Noon.

Women have spied for a long time, and they’ve been good at it. They’ve dashed through enemy lines, sent secret messages under the nose of the enemy, and led prisoners in daring and dangerous escapes.  They went undercover, taking on new identities varying from apple sellers to crazy neighbors to stage dancers.  Often, it was enough of a disguise for women to just be themselves.  People didn’t expect them to have the strength or know-how to be spies.  Those people were wrong.

In Disguise! Undercover With Real Women Spies details the lives of some of history’s most daring female spies. The suspenseful stories cover more than 300 years of spying all over the world. From Aphra Behn, an English spy in the 1600s, to Jonna Mendez, a disguise master during the Cold War, the spies used wit and courage for the cause of freedom. While teen spy novels depict fictional characters, the girls and women in In Disguise! are real, and every bit as resourceful, brave and strong as fictional characters.

Besides the 28 profiles, In Disguise! includes shorter spy spotlights, a quiz to see if you’re spy material, fun facts and activities to intrigue spy-loving readers.

While aimed at the tween market, In Disguise! will interest young and older adults as well.  Author Elizabeth Macalaster will  read a short excerpt from Ann Story, a Revolutionary spy from Vermont.  She will discuss the process of writing the book with co-author under a pen name, and how the spies were chosen. A volunteer will be asked from the audience to meet another spy, this time in the form of a short skit.  Elizabeth G. Macalaster writes about nonfiction topics as diverse as giant squid, homing pigeons and spies. She also dips into poetry.

Collaborating with another author under the pen name Ryan Ann Hunter, Elizabeth has written a number of children’s books, garnering awards including the Parenting Magazine Book of the Year Awards and the Oppenheim toy Portfolio Gold Best Book Award. She lives in South Newfane, Vermont and runs Local Voices, a writing/reading salon in Newfane.

Free an open to all