While I was reading Candide, the controversial 18th century fable by master satirist and troublemaker Voltaire, I mentioned to some fellow readers that I thought it was very funny.  I was met with a chorus of boos and hisses:  “Awful book.  Miserable book.  Thoroughly depressing.”  This made me wonder if we were talking about the same book, until I realized that they had both read it while still in their teens, when the bitterness of Voltaire’s satire must have proved overwhelming to their youthful optimism.

It should be noted that the full title of the book is Candide, or Optimism, although admittedly there is very little in the story of our hero Candide and his teacher Dr. Pangloss to inspire one to an optimistic view of the human race.  Technically, it’s a satire on the views of the German thinker Liebniz, whose philosophy on the existence of evil is summed up in the famous saying that we live in “the best of all possible worlds.”  Voltaire disagrees.  But you don’t need to know the works of Liebniz to get Voltaire’s indictment of society which in Candide is corrupt from top to bottom.

Pulitzer Prize-winning author Louis Menand will present The Free World: Art and Thought in the Cold War, a follow-up to The Metaphysical Club. He will be in conversation with National Book Critics Circle award-winner Michael Gorra.

“The Rich Get Richer: How Our Quest to Accumulate Wealth has Divided America” will be the topic of a conversation between author/journalist Michael Mechanic and local author and campaigner Chuck Collins, at 7:00pm on Tuesday, August 3, at 118 Elliot (118 Elliot Street, Brattleboro). Since Mechanic and Collins share overlapping interests, their dialogue about the surprising advantages and pitfalls of wealth hoarding promises to be as lively as it is informative. The Rich Get Richer event is live, indoors, and limited to 50 people.

Michael Mechanic is a veteran senior editor at Mother Jones whose writing and editing have resulted in dozens of journalism awards. He is author of the new book, Jackpot: How the Super-Rich Really Live –and How Their Wealth Harms Us All. His work at Mother Jones has often focused on social and criminal justice, racial disparities, mass incarceration, economic inequality, and corporate shenanigans. Since writing Jackpot, he’s been looking more at the ways the wealthiest Americans manipulate the system to their advantage. He lives in Oakland, California, but grew up messing around in the Windham woods and brooks with his local cousins. His late mother, Maggie Newton, grew up on a farm near Hamilton Falls where her parents, David and Margaret Newton, established the Newton School for boys; she later moved to Brattleboro and played in the local orchestra.

I just completed reading all of the L. Frank Baum Oz books. I’ve had this collection for quite a while. They were inherited from my father’s Aunt Arlene, a teacher in Buffalo. When the books first arrived, I was a bit old for them. I had reached the mature age of about 12 or 13, and the covers looked rather ancient to me. They sat in boxes with my mother for quite a while. I got them back a few years ago.

Seeing a series of unread books on the shelf can nag at you, and these were yelling at me. “C’mon, man, read us!” So I dove in. 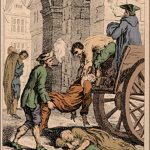 Because I’m a glutton for punishment, I’ve been reading “plague literature,” which is really only interesting if you happen to be going through something comparable as we are now. Daniel Defoe’s A Journal of a Plague Year is just what you’d expect — an account of one year in the life of a Londoner as he navigates the complexities of surviving the Great Plague of 1665.

The Brattleboro Words Project is proud to formally announce two new partnerships in the publishing and printing of the much anticipated book, “Print Town: Brattleboro’s Legacy of Words.”

In a culmination of three-years’ of dedicated work, the book, due out this fall, will be published by the Vermont Historical Society, Inc. and printed by Howard Printing in Brattleboro.

There are a number of conundrums about Boccaccio’s Decameron – a collection of bawdy tales set in the Plague year of 1348 – that can’t be solved by reading it. How was it written? Why was it written? For whom was it written? And what has made it so enduring?

For starters, we know that it was written between 1349 and 1353 – nearly 100 years before the invention of the printing press, meaning that all 600 printed pages were originally hand-written with a quill pen. Furthermore, it contains precisely 100 “tales,” plus another dozen or so interstitial chapters that tell the overarching story of 10 young noble persons, seven women and three men, each telling a tale a night for 10 nights. It is a very long book, designed to while away the hours during oh, I don’t know, voluntary isolation as a result of a major epidemic of a potentially fatal disease… 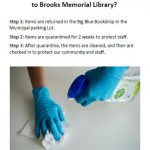 If anyone has been wondering why items are still showing up on their account after returning them to the Big Blue Book Drop, here is why

Don’t worry, we no longer charge any fines. they may accrue, but we delete them as soon as the item comes back to us!

Step 1: items are returned in the Big Blue Book Drop in the Municipal Parking Lot. 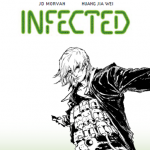 BenjaminFulford.net is a geopolitical news and discussion website from Canadian-born reporter and investigative journalist Benjamin Fulford, now residing in Japan.

According to Fulford, his reports are based on information from a broad range of sources including the yakuza, MI6, the Freemasons, the CIA, the KGB, Mossad, the triads, the Chinese government, Japanese military intelligence, etc. 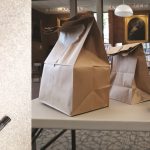 If you wondered what it is like behind the scenes here at Brooks Memorial Library, here is a sample of some items that are checked out, bagged up, dated, and ready to go!

Please make sure to tell us what day (and time if possible) you plan to come, and make sure to bring a sign to display at the door. That way we can match the name on the bag with your name to avoid mistakes, while reducing direct contact 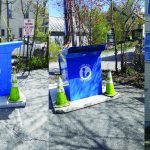 When bringing items back to us, please place them in the Big Blue Drop Box, immediately on the left when you enter the municipal lot (near where the police station used to be).

There is a handy parking spot reserved for your car, and you can drop them in from the driver’s side window Walkers are welcome!

Some people see opportunity in a crisis. If we put in even a little bit of effort we will find many opportunities to pursue endeavors we have put off, or have never made enough of an effort to engage in, in this time of quarantine and pandemic.

On the less glamorous side, house cleaning may be at the top of the list for some. Gardening and yard work have the potential for a special kind of soulful renewal and I suspect more people are now doing outdoor projects they have been putting off for a long time.

Another opportunity is for people to read more books. In this age of online access there are some who embrace platforms such as Kindle and find that kind of access to books satisfying. I have always been someone who needs to have a physical book in hand. I don’t think I will ever change that habit because it fulfills a unique kind of need. 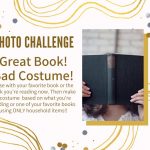 You can share on what you’re reading or just a book you like. This is a game for all ages!

Spoiler Alert: If you plan to read The Way We Live Now by Anthony Trollope, be aware that I’m going to spill the beans on fairly major plot elements.

I bought it for the title – and the introductory essay by David Brooks, whose description of the novel’s contemporary relevance immediately evoked Donald Trump. It being 2017, I was vulnerable to the book’s themes, and ventured to embark on this 900 page account of British society circa 1870 and the fabulously wealthy foreigner who briefly upends their world. The book is, of course, The Way We Live Now, by Anthony Trollope. The disruptive foreigner is a Frenchman by the name of Augustus Melmotte, Esq., whose reputation and aura as the richest man in all the land soon has London society fawning at his feet.

On Saturday, Jan. 25 from 11 to 2, the Words Book Project is sponsoring a giant book sale at 118 Elliot Street.  Come join us and find books that will inspire, inform, entertain and enlighten.

The proceeds from this big book sale will support the successful publication of a book about Brattleboro’s 250+ year printing and publishing history.  With grant support from the National Endowment for the Humanities, and many local contributors, the Book Project has overseen the writing, design and editing of this groundbreaking work.  The book is being written by local authors, designed and edited locally. It tells the fascinating story of the people, places and businesses that caused Brattleboro to be known as a “Print Town.” 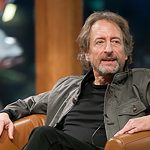 Next Stage Arts Project, the Putney based community non-profit, presents award winning author David Blistein reading from his new book “Opium” on Thursday, December 5 at 7:30 pm at Next Stage. The book, Opium: How an Ancient Flower Shaped and Poisoned Our World, tells the extraordinary and at times harrowing tale of how we arrived at today’s crisis.
Mr. Blistein will be joined for this special event by his collaborator and co-author Dr. John Halpern and the pair will facilitate a Q&A with the audience following the reading. Signed copies of the book will be available for sale. Admission $5 – $35 sliding scale with 100% of the ticket sales supporting Groundworks Collaborative and Next Stage Arts Project. Josh Davis, Executive Director of Groundworks Collaborative said, “In a time when there are a lot of unanswered questions around the opioid epidemic, David and John’s book asks a lot of interesting questions that are poignant and add depth to this complex and difficult topic.” 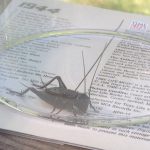 At first, I thought our cat was bringing them in.  There seemed to be a cricket in every corner — crickets behind the bookcase, crickets in the sink, crickets behind the refrigerator, all chirping away.  As fast as we could catch them and put them back outside, more would arrive.  One cricket even had the temerity to hop back in the moment his feet hit the welcome mat on the other side of the door.  What was up with the crickets? 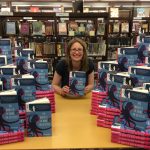 Let’s Read 2019 is a community reading initiative happening this summer and fall.  All members of the communities of Brattleboro, Dummerston, Guilford, Putney, and Vernon may participate. Let’s Read 2019 features The Benefits of Being an Octopus by local author Ann Braden.  This book is appropriate for children in 4th grade and up, as well as adults.  Several events including author talks, staged readings, and book club discussion groups will be held in September and October at local libraries, the Brattleboro Boys and Girls Club, and area schools. 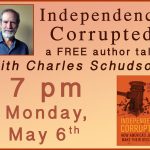 Join us at 7 pm on Monday, May 6th,  in the Main Reading Room at Brooks Memorial Library,  as author Charles Schudson presents a FREE presentation about his new book, Independence Corrupted: How America’s Judges Make Their Decisions. 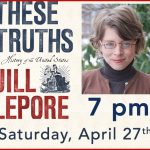 Join us at 7 pm on Saturday, April 27th, at Brooks Memorial Library, as Harvard professor, New Yorker staff writer, and best-selling author gives a FREE public talk about her new book, in our Main Reading Room. Doors open at 6:30 p.m.