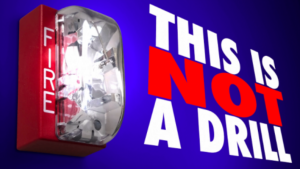 Contact: Chris Lenois, president of the board, BCTV, chris.lenois@gmail.com

Across the county, public access television stations – one of the last forms of free, local and accessible media available to Americans – face the threat of being defunded by the end of this year, as the U.S. Federal Communications Commission quickly moves to adopt a rule change that would permanently strip them of funding under pressure from big cable corporations.

[THE GEEKY DETAILS: Specifically, the cable providers would be allowed to reclassify certain services and charge back in-kind fees against the funds they typically provide public access stations. They will not be held accountable for how much they charge. This would lead to a potentially catastrophic bill for public-access stations that could wipe them out.]

Such a rule change is in direct opposition to the spirit of the Cable Act, which protects and funds public access stations, even as cable providers fight to keep public access programming off their cable guides and off the air. It also strikes at the heart and soul of our democracy, which thrives when voters are able to get access to media and make informed decisions.

Public access stations broadcast and stream, (via cable operators and the web), local town and government meetings, educational programs and events, and allow communities across the nation to hold and participate in their own public forums, unmediated and unfiltered – one of the very last platforms to do so. These unique programs are not just free to all, they allow many communities to stay connected with one another and informed about the world in which they live. In rural areas, this is especially important, as traditional media outlets consolidate or fold, and voters struggle to stay informed on local issues.

Without public access television stations, a large swath of our nation’s public life would be destroyed, without any replacement.

Please join us in telling FCC Chairman Ajit Pai not to bow under the pressure of Big Cable, to safeguard our public forums, and to vote to preserve our proud, democratic tradition of public access TV, throughout our nation, for the benefit of all.

“The erosion of democracy over decades has been accompanied by transfer of wealth and power upward, and increased corporate dominance in every area, including media. Community public access media remains a rare vestige of democracy, even as its existence is threatened.”