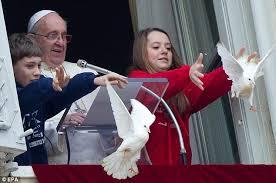 Several times a year the Vatican has children release and let fly white doves over the crowds in St. Peter’s Square as signs of peace. During one such release the horrified crowds witnessed a mid-air attack by a hungry crow and seagull when they killed the pope’s blessed doves.

To prevent this brutal contraindication of papal peace, the Swiss Guard acquired a female Harris Hawk with a four-foot wingspan. Like Michael armed with a sword in his hand, the hawkeyed bird of prey perches at the ready to slay these winged dragons who dare to publicly eat the holy symbols of peace.

Nature being what it is – when the crows and seagulls attack the doves outside of the basilica’s protective embrace of the maternal arms of Mother Church, it is the business of eating as usual.

One of the supreme laws of basic life is that each living thing is potentially a good meal for another living thing.

Spiritual beliefs aside, it’s the anatomically material body that is the real driver behind life and death.

Even to eat a dead corn-on-the-cob you still have to pluck it while it’s alive in the cradle of its silky husk.

Both a gazelle and a lion must eat freshly acquired food; the former, the savannas grasslands, the latter, the gazelle.

The strikingly similar pattern of digestive systems in all species that consume, swallow, digest, absorb nutrients and expel waste is the common denominator of all alimentary life as we know it. For mammals, birds, insects, and fish, the viability of life begins with the mouth.

And, it is the foodstuffs in this common esophageal trek from the mouth to the anus that keeps this earthly brotherhood of creatures alive.

Therefore, among the first and strongest points of reference that these creatures possess throughout life – is hunger. We wake up to it every day. It is the inherent, essential feature of “the survival of the fittest.”

Because of it, we humans live in a dog eat dog world. We will do anything to eat to survive, even if it means putting other people and other creatures in harm’s way.

So why does our brutality go far beyond nature’s day to day needs?

Sometimes in philosophy and science we can stop asking why.

Humans have, in fact, acquired an inflated opinion of its own self-importance where fierce competition replaces peaceful cooperation. Particularly, following the rise of the Industrial Revolution and corporatocracy, we foster a culture that willfully harms each other and planetary resources in order to survive. (The motto of corporations is “to maximize profits by any means necessary.”) Moreover, collectives of human beliefs, irrational or not, are a primary component of this self-destructive lifestyle where we place “oneself at the core of one’s world with no (or reduced) concern for others.” 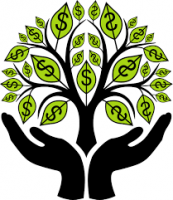 Evidence of why humans are a violent species is all around us. Given that we excel at going over the head of Mother Nature, much like Icarus overwhelmed by the thrill of flying, we are flying too close to the sun. Humans take competitive instincts far beyond the borders of necessity.

It is, in fact, a classic case of why we are and likely will remain our own worst enemies.

It isn’t that we can answer questions needed to achieve peace close to home and around the world. We do have a few beacons from a stellar cast of great minds. Stephen Hawking, reminds us how “small and pointless” we are and sees us as merely bipedal creatures who are “just an advanced breed of monkeys on a minor planet of a very average star.” That is a cosmic broadside from the greatest mind on Earth.

Retired Harvard biologist and naturalist, Edward O. Wilson on the other hand, in his recent book, “The Meaning of Human Existence,” writes in a direct and unambiguous way, “The great religions are sources of ceaseless and unnecessary suffering. They are impediments to the grasp of reality needed to solve most social problems in the real world.”

Moreover, philosopher John Stuart Mill wrote in 1848: “It is lamentable to think how a great proportion of all efforts and talents in the world are employed in merely neutralizing one another.”

White doves of peace? Maybe…but somewhere on other living planets in our singular universe are intelligent creatures who likely got it right. It’s a damn shame it wasn’t us… 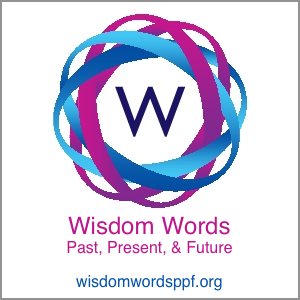