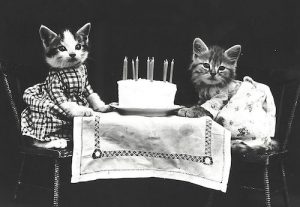 Sixteen means we can get a learner’s permit for driving. We can drop out of school. We can consent. We can get an adult passport, donate blood,  and in some countries vote, drink or join an army.

Some other notable sixteens:  Louis XVI, 16 personality types in the Myers-Briggs system, 16 pawns in a chess set,  the F-16, and it’s the the age Sleeping Beauty pricks her finger and falls asleep.

To celebrate, we’re adding a new feature – the tag cloud. Last year we decided to allow everything here to be tagged. Simple keywords and phrases could be added to any story or event to help with searching for specific topics. Other readers can click on the tags to see similarily tagged stories.

We’ve let it build up a bit over the last year, and you’ve added over 1,100 tags since then. We’re turning on a tag cloud, visible on just about every page, so you can see and access the most-used tags on iBrattleboro.

So where are we 16 years after we first turned this site on?  Readership remains high; active participation is lower.

The site used to have many long, active discussions about a wide range of topics, written by more people in the community.  People would chime in contributing their proverbial two cents, and others would respond and add to it. Those types of threads are more rare now.

Now, it is a calm place, with most of the people who previously annoyed other site visitors having moved on to corporate social media. It’s exactly what many people told us they wanted the site to be – calm – and now I find things a bit dull. I’m thrilled when someone offers up an opinion piece or comments on a story. It’s why the site is here – for interaction among the local community. And it is currently under-used, in my view.

If we were to stop now and write up an analysis of citizen journalism in Brattleboro, we might say that it showed promise, but ultimately failed. Citizens aren’t very willing to spend the effort to write about where they live.  Discourse is dead. All hail the “like” button and surrendering data to major corporations.

We might also say, though, that it was wildly successful. Efforts made on iBrattleboro helped contribute to the evolution of the town in many ways – curbside composting, reducing shooting of stray animals, finding a location for a skatepark, inspiring candidates to run for office, making new friends, alerting other news media to bubbling stories, pushing the daily paper to improve, inspiring a second weekly paper to begin, and so on. I’m sure you can add to this.

Will we escape this phase where people are shy and quiet? I don’t know. I see some signs of things picking up again, but it is a bit early to make predictions. We’ve seen some people return and support their local online community instead of giving all their data to tech giants, but addiction to the corporate giants remains strong. Facebook could literally kill babies, and good friends and family would still make excuses and continue to use that site. It’s strange.

The issue of government surveillance also remains – everything done with a phone or computer is monitored and tracked by our government. This has a chilling effect on free speech. People have been trained to NOT speak up or say what they really think, because authorities are watching them.  BUT, these people continue to use social media, so I doubt surveillance is the big issue.

Perhaps there is nothing worth writing about?  Doubtful. I see things everyday that would make interesting little comments or story snippets.  I’m still waiting for someone to get interested in schools (it’s only been 16 years) to cover school board issues. There are hundreds of organizations and businesses in Brattleboro yet few ever decide to share current projects or problems with others. What happened at that meeting? Might it be better if more than five people knew about it?

I would say that at 16 years of age, iBrattleboro has both proven its value, and is also currently under-used. It is filled with potential, and readers of the site can help it reach that potential. If everyone contributes a little bit of what they know, then we all know much more.  That’s the theory, at least. (Another theory is that no news is good news.)

I’d like to again encourage more writing where you live. Tell us about your committee, review that event, share that recipe, or offer up that opinion.  Readers aren’t looking for insults, but they do want insights, to be informed and educated.

Write where you live.