So. what is/was Operation Northwoods? This article will take you up to speed: “Declassified:Joint
Chiefs approved false flag attack on America” at digitaljournal.com 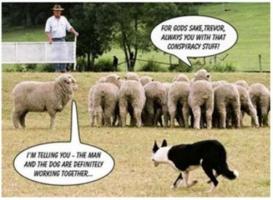 A Department of Defense document declassified in 1997 shows that the Joint Chiefs of Staff of the United States Armed Forces had drafted and approved a plan to attack and kill Americans and to blame it on Cuba. The original document is stored at the National Security Archives at George Washington University in Washington,
DC, and is available here at gwu.edu

The plan was rejected by President John F. Kennedy, after it was presented by Chairman of the Joint Chiefs of Staff, General of the Army Lyman Lemnitzer, to Secretary of Defense Robert McNamara on March 13, 1962. The plan was intended to “provide justifications for US military intervention in Cuba. “Face page Operation Northwoods memo.

Kennedy demoted Lemnitzer soon after rejecting the plan. The following year, Kennedy was assassinated. Although ABC News reporter James Bamford, the author of a book on the subject (Body of Secrets), said that parts of the plan “would have amounted to treason,” the conspirators were never arrested and Lemnitzer was buried with full military honors at Arlington National Cemetery when he died.

I also found a MSM story about it (on ABC News). If ABC reports it, you know it’s true. Right?

Here’s what GWU has to say about Bamford and his book:

In his new exposé of the National Security Agency entitled Body of Secrets, author James Bamford highlights a set of proposals on Cuba by the Joint Chiefs of Staff codenamed OPERATION NORTHWOODS. This document, titled “Justification for U.S. Military Intervention in Cuba” was provided by the JCS to Secretary of Defense Robert McNamara on March 13, 1962, as the key component of Northwoods. Written in response to a request from the Chief of the Cuba Project, Col. Edward Lansdale, the Top Secret memorandum describes U.S. plans to covertly engineer various pretexts that would justify a U.S. invasion of Cuba. These proposals – part of a secret anti-Castro program known as Operation Mongoose – included staging the assassinations of Cubans living in the United States, developing a fake “Communist Cuban terror campaign in the Miami area, in other Florida cities and even in Washington,” including “sink[ing] a boatload of Cuban refugees (real or simulated),” faking a Cuban airforce attack on a civilian jetliner, and concocting a “Remember the Maine” incident by blowing up a U.S. ship in Cuban waters and then blaming the incident on Cuban sabotage. Bamford himself writes that Operation
Northwoods “may be the most corrupt plan ever created by the U.S. government.”

To view a PDF: go here to gwu.edu

This certainly proves that people within our military, at the highest levels, are capable of seriously planning a false flag operation against our own people in order to justify aggressive action against another country. Another president would have implemented it!

It gives pause to people who think in reference to 9/11or other atrocities, “Oh, our government would never think of doing a thing like that”.