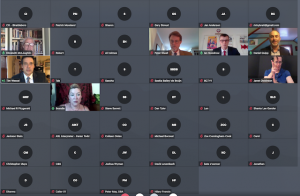 There were many big issues at Tuesday’s meeting of the Brattleboro Selectboard but the biggest of them all was an extended discussion about dismantling a racist system by defunding the Brattleboro Police.  Citizens were rather clear and consistent in asking that the General Fund budget be voted down, and that funding for the police be reassigned to social services.

The system moves slowly, they were told, and their attention should be placed on next year’s budget process. The board committed to making a re-evaluation of community safety a priority in the near future, but passed the budget by a 3-2 split vote.