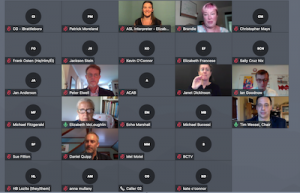 There was  just one topic for the Brattleboro Selectboard meeting this week: the police review process.

It took hours, but they approved a community-led writing of an RFP to detail a community safety program to be voted on in early August.

A special meeting to discuss Representative Town Meeting will occur next Tuesday.