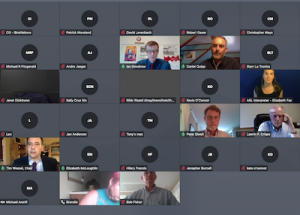 The Brattleboro Selectboard discussed and pretty much decided on a way to hold Representative Town Meeting. It will be a 26 hour Zoom meeting. Well, perhaps not 26 hours, but there are concerns. They’ll make the meeting style and dates official at their next regular meeting.