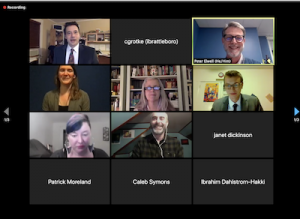 The Brattleboro Selectboard held a first reading of a proposed ordinance to limit upfront rental costs, but decided not to move ahead with a second reading. Instead, more research, new ideas, and data will be explored.

Groundworks got a big grant which enables the completion of their project on South Main Street, and the marketing initiative to promote Brattleboro was discussed.