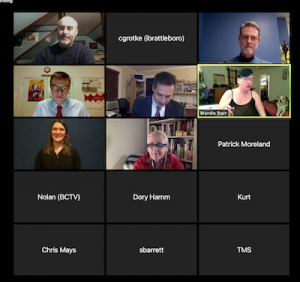 The Selectboard Show was on Tuesday night with a special extended edition.

It was their first consent agenda, with a review of SeVEDS current projects, a talk about renters and landlords, an Energy Committee proposal to align with state emissions goals, and a review of FY22 capital projects and equipment.