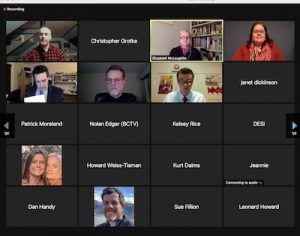 The Brattleboro Selectboard approved of moving forward with the recommendations of the Town manager regarding the Community Safety Review Committee recommendations. Everything that can be underway is underway.

The board decided to go for a 6% investment in Cow Power and created a new fund with $70k  to help reduce emissions and consumption.