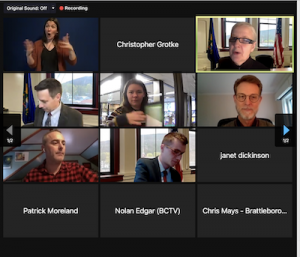 The Brattleboro Selectboard heard the sad tale of the Parking Fund and its many losses over the previous, current, and probably future year at Tuesday’s meeting. Estimates for the coming year are just guesses. One of the hardest financial discussions ever, the Town Manager told the board.

Everything else, however, went smoothly. The Utilities Fund is pretty much as it was before. New paving projects have been approved. Winston-Prouty got a liquor license (for a single event for grown ups, ahem…), and more. No public participation, either. “A return to normal,” your reporter snarks snarkily.