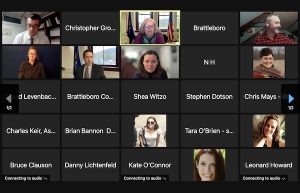 The big conversation, though, was about the creation of a $200,000 fund for alternatives to policing. The board was pretty happy with it, but the public wasn’t sure they could be trusted.