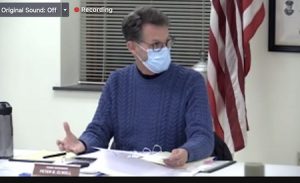 The Brattleboro Selectboard has again implemented a mask mandate for indoor public spaces around town, including bars and restaurants.

They also voted to invite the public to attend their meetings at Central Fire Station rather than from across town at the Municipal Center.