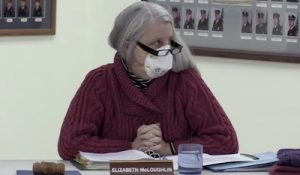 The Brattleboro Selectboard did some final tinkering with remaining FY23 budget items, with a discussion about bike paths and whether waiting six months is worth $16,000.

They approved some sidewalk improvements, Human Services requests, and a tax stabilization idea to encourage solar projects on already-developed land was discussed and sent along to RTM.