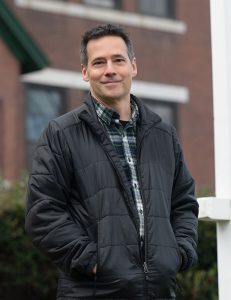 Tim Wessel is an incumbent running for a one year seat.

Is there anything special you are still trying to accomplish? Why keep doing this?

As you know I’ve been on the board for five years, and I do feel I’ve been on the board long enough and have accomplished much in that time. I’ve decided to continue for another year for two reasons: 1. I saw no one who I thought was capable stepping up as a candidate, and 2. I think it will be good for Brattleboro to have some consistency as our new Town Manager Yoshi Manale gets settled into his role with consistent board leadership. I’m also interested in continuing efforts around housing in Brattleboro and have an influence in the ARPA funds conversation going forward.

RTM increased compensation to make it easier for more people to serve, yet you are running unopposed. Did RTM make a mistake? Increasing compensation did not increase candidates…

I think RTM did make a mistake, and I said so at the time. More money does not equal a better Selectboard. Of course, one year does not close the debate on this, but one does have to wonder what impact effectively doubling the compensation has had. It is appreciated by the sitting board of course, and did influence my decision to continue this year.

Why do you think no one new wants to run for Selectboard this year?

I’d love to truly believe it’s because everyone is very happy with our work in the past year, but more realistically there’s both a recognition that it is a lot of work, and most people have busy lives and a pandemic to recover from. I was actively encouraging people to step up but no one ended up doing so.

I am surprised, given the criticisms that some of us have received over the past couple of years, that no one has stepped up to challenge the three sitting members who are deciding to continue. But I am grateful to my fellow Selectboard colleagues who are continuing, and look forward to the coming year working together. This is a good board for Brattleboro, and I believe some consistency going forward into our recovery year will be a good thing for my town.

What are current your thoughts on Brattleboro and:

I have some new initiatives that I’d like to advocate for around this, so stay tuned!

I’ll continue to support realistic measures so that Brattleboro does its part to reduce carbon emissions.

I plan to keep putting in time as the appointed member of the Cannabis Advisory Committee that advises the CCB.

This has always been a strong focus of my service, and I plan to continue to remind our community that fiscal prudence is wise, and that we have a responsibility to all taxpayers and residents to keep our taxes as low as possible while providing the services they want.

Are there any other local issues of special concern or interest to you?

I still dream of bringing a nice laundromat to downtown Brattleboro! That and the monorail, of course. 😉

Outside of the Selectboard, how are you doing? What sort of other projects or problems fill your time?

You may have heard I’m running for the Vermont Senate! That is filling plenty of spare time, but I also attempt to spend quality time with my family and also try to find time make a living in there somewhere!

Are there any new, cool pieces of video production equipment that would be great to get?

Haha now you’re talking my language! Actually, it’s funny because I recently was given a very nice drone and I have had zero time to even play with it, which is sad but is a reflection of my busy life right now.

I have also been playing with some cheap phone add-ons that allow people to make better “selfie” videos for tik-tok and social media, so that might come in handy for a future campaign, who knows!

How do you deal with burnout and exhaustion?

I hang out with my family. Nothing “grounds” you quicker than enjoying some extreme sledding with a four year old!

Are you satisfied with public engagement in town matters? Is local democracy strong?

I think people should get more involved in local politics. Engagement could be better for sure, and what many don’t realize is that you can have small victories on the local level by just showing up and working on an issue, and that’s empowering.

Would you say you are generally optimistic or pessimistic about humans and the problems we face? Why?

I’m an eternal optimist. We’ve come so far as a state, a nation, and a world to turn our backs on all of the victories that have been won in the past. I’ll stay optimistic, while recognizing that we can do so much more to improve the lives of everyone.

Recommend some books, movies, music for us….

Read LAST BEST HOPE by George Packer. It’s really good, as is anything else by that author. Other than that I can only say Peppa Pig. Every. Single. Day.

Because everyone loves jumping in muddy puddles.

Is there anything you’d like to mention that hasn’t been asked?

No, except to say how much I appreciate so many who have reached out to give me their support – unsolicited! And to say THANK YOU to all the voters who will take the time to fill in my little circle. It continues to be an honor to serve.

What’s the best way for voters to reach you?

Thanks for doing the iBrattleboro.com interview again this year!

My pleasure – and sorry I missed your first email!*