Thanks to the amazing poll workers and the American Legion who made today possible! Considering our number of absentee voters, we had a lot of voters coming through the doors, and high voter participation for a mid-term General. The day was smooth and safe!”

So she won’t have to sleep in the street.

Below is information that might be helpful to know for the November 8th General Election.

All active registered voters were automatically mailed a ballot. Please make sure to follow the instructions included with your ballot, including SIGNING THE CERTIFICATE ENVELOPEand making sure your ballot is INSIDE that envelope. Please use a BLACK PEN to mark your ballot. DO NOT USE A MARKER as it can bleed through to the back of your ballot and require you to need a replaced ballot. If you have not received your ballot, or if you have any questions about your ballot, please call the Town Clerk’s office at 802-251-8157.

In case it is of interest, an essay of mine (based on previous commentary regarding various matters), fyi:

For the November 8, 2022 General Election, you will be receiving an absentee ballot. The State of Vermont will be mailing these out during the week of September 26. This ballot will also contain on the reverse side the local Justice of the Peace ballot. I strongly urge you to review the ballot, make your choices, and return it to the Clerk’s Office as soon as possible. If you have not received your ballot by October 7, please contact our office at 802-251-8157 or townclerk@brattleboro.org. Otherwise, please wait for your ballot to arrive.

The public is invited to attend a forum featuring the candidates running to represent Windham County in the Vermont State Senate.

Supporting Brenda Siegel
Last Autumn (2021), when most Vermont residents were able to enjoy having a roof over their heads to stay warm and dry underneath, a comfortable bed to sleep in, nourishing daily meals to eat and proper hydration with which to attempt to stay healthy, Brenda Siegel and others were holding vigil on the steps of the State House in Montpelier on behalf of those most in need who live without such means.

For my part, I joined them there for a single evening and it wasn’t easy or fun by any means. They did so for 27 long days and nights until the governor and his reluctant administration finally relented to their demands. 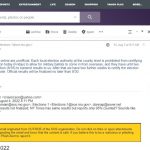 Hello! I’m Cris Ericson and I am one of the 5 (FIVE!!!) INDEPENDENT candidates on the Nov. 8, 2022 ballot for U.S. Senator. It’s starting to look like the independent movement is very popular in Vermont!

I do want to report, because I mentioned this previously, that my first cousin’s son was on the ballot in Missouri, and now I am terribly sad to report that the Press reported that the richest candidate won the Democrat primary for U.S. Senator there. The richest Democrat candidate, Trudy Busch Valentine, heiress to megal millions from the Busch empire, didn’t bother to file until the last filing date, and waltzed in and started spreading her cash around Missouri. Lucas Kunce had been campaigning for a whole year, a nice guy, a U.S. Marine for 13 years, Major, JAG Officer, law degree in International Law, worked with the Pentagon, was exposed to burn pits, AND HE WAS ENDORSED BY U.S. SENATOR BERNIE SANDERS OF VERMONT.

Below is information that might be helpful to know for Aug. 9 State Primary elections.

The polling place for all three districts in Brattleboro is the American Legion, 32 Linden St., from 7 a.m. until 7 p.m.

Masks are no longer required to enter the American Legion for voting, but they are certainly welcome and will be provided, along with hand sanitizer. 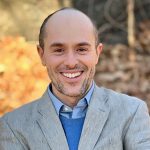 I strongly believe that we need the leadership of Isaac Evans-Frantz to fill our open US Senate seat. I encourage my fellow Vermonters to vote for him by the August 9th election. For over 20 years, he has sought and gained solutions to problems at home and around the world.

He’s built relationships and coalitions which benefit everyday Vermonters and everyday worldwide citizens. From improved Vermont dental care to $650 billion worth of global COVID relief, Isaac’s role was vital. His leadership led to bipartisan legislation aimed at ending our unconstitutional war on Yemen, the poorest country in the Middle East. It also provided $2.7 billion in aid to Ukraine, all at no cost to the US. This was the largest release of international funds in history.

According to a current CNN news story:

“. . . a public consensus has emerged that former President Donald Trump acted at least unethically in trying to hold on to his office after the 2020 election (79% feel he acted either unethically or illegally, including 45% who believe his actions were illegal), that he encouraged political violence in his public statements ahead of January 6 (61%) and that he could have done more to stop the attack once it had begun (77%).

Absentee ballots for the Primary Election to be held on Aug. 9 are now available in Vermont town clerks’ offices. Due to the ongoing pandemic, voters are encouraged to vote absentee. Absentee ballots for the State Primary Elections must be requested. Anyone wishing to vote early may do so until 5 p.m. on Monday, Aug. 8 in person. If requesting a ballot by mail, please allow for ample delivery time.

Absentee ballots may be sent by mail or picked up by the voter. Voters needing assistance, please call the Brattleboro Town Clerk’s office to discuss options. All voted ballots must be received by the clerk before the polls close on Election Day to be counted. Ballots can be returned by mail, dropped off in advance of the election in the drop box in the Municipal Center parking lot or returned to the polls on Election Day. 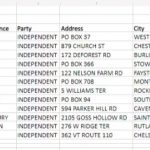 I seriously want Mark Coester to win his primary election run, Aug. 9, 2022, for State Senator because if he loses that, he told me his plan B is to run for U.S. Senator, and I see at the Vermont Secretary of State Elections Div. links for 2022 candidates that he is on the ballot for both Aug. 9th as a Republican and Nov. 8, 2022 as an Independent.

Ballots have been mailed… tell me who you think we should be voting for in Vermont races. Have any favorites?

President Joe Biden will speak “live” at the White House on July 8, 2022 about Abortion. He is expected to offer ideas on abortion access, travelling to get an abortion and legal assistance. 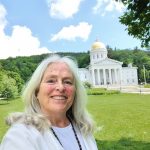 Hello! My name is Cris Ericson and I would like to publicly thank more than 500 local Vermonters in southeastern Vermont who signed my petitions to allow me to be on the Nov. 8, 2022 general election ballot as an Independent candidate for United States Senator.

I am very grateful for this opportunity to be another voice in this election when so many people are a little bit frustrated with their usual political affiliations with Democrats and Republicans and they are willing and ready to hear my newest ideas.

Montpelier, VT – This morning, Brenda Siegel of Newfane filed her petitions with the Secretary of State to become the first candidate from any party to officially be in the race for Governor of Vermont. Siegel, a Democrat, is running on a platform committed to some of Vermont’s biggest issues: housing, the overdose crisis, education, and climate change.

Said Siegel upon filing: “I’m so grateful for the opportunity to run in this race. I’ve been fighting for working Vermonters my entire life, and now, more than ever, our communities are struggling and they need us to do more. Vermont needs leaders who prioritize taking bold climate action, building a bottom-up economy, putting real resources into healing the overdose crisis, and supporting and strengthening our education system. These are not new issues and we need a Governor that is ready to lead. I’m confident that I can – and will – be that Governor.”

Wendy Harrison of Brattleboro has announced that she is a candidate for one of the two soon-to-be-vacant Windham County State Senator seats. She is running as a Democrat in the August 9 primary.

Harrison has 30+ years of local government experience and a passion for working together with everyone in the community to address challenges and seize opportunities.

“We can solve our problems from the ground up, as long as the process is inclusive,” Harrison said. “I am committed to identifying barriers and developing solutions that empower individuals. This benefits us all.”