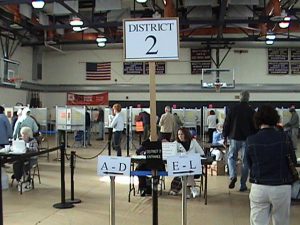 In a close vote Tuesday, Brattleboro Representative Town Meeting representatives have decided to add a new layer to town government in what will surely represent a new era in governing the municipality.

“Having just three RRTM members will simplify local democracy,” said the Assistant Assistant Town Clerk, ” and of course we won’t count any write-in votes. That takes time and we have elections to run.”

“This also reduces the number of people who ask questions at the information sessions,” added the Assistant Assistant Town Manager. “We can meet at my house.”

The first RRTM meeting will be held April 1, 2022. The three RRTM reps will vote on the budget and on a motion to further reduce the size of Town Meeting for maximum democracy and efficiency.