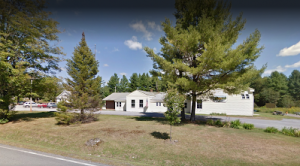 Although most towns across the state have acquiesced — in some cases reluctantly — to accept the forced merger of their schools as mandated under Act 46, the town of Windham did not. The Windham School Board continues to fight the merger of their elementary school into the new West River Education District, which they see as unconstitutional seizure of town property and against the best interests of their students.

On May 11, the Windham School Board took the unusual step of writing to all its neighbors in the new merged district to ask that they vote No on the latest school merger articles up for vote. The other towns in the West River district are Newfane, Townshend, Brookline, and Jamaica — all have agreed to merge their schools and have approved the merged budget.

The articles up for vote on June 11 would “accept” the Windham Elementary School into the West River Education District and increase the district’s budget by $450,000 to pay for it.

Windham, which is currently suing the state over this matter, strongly opposes what they see as the forced merger of their schools. In their law suit, they contend that the merger is an unconstitutional seizure of town property without “an affirmative vote” on the part of Windham residents. They are worried about how their teachers will fare, as all teacher contracts must be renegotiated as soon as a school enters the new district (see Vermont State Statute, P 1802). Underlying their resistance is a fear that once their school is merged, it will be closed due to it’s small size and rural nature.

Here’s what the Windham School Board wrote to residents of neighboring towns:

We are writing to humbly ask that when you vote on June 11, 2019, you please vote no on both ballot articles to forcibly merge the Windham School District in the West River Modified Union Education District. We ask this for several reasons that we will outline below.

First, we believe strongly in the fundamentals of democracy and that voting is one of our most precious, basic rights. We ask that you respect Windham’s vote to not merge taken in March of 2017, as well as subsequent strong votes that indicate Windham’s desire to remain autonomous. We take exception to the very language in the first article because it connotes that Windham is asking to be “accepted” into the WRMUED. We are not. Just as we believe that forced marriages are bad practice, we believe the same is true of forced mergers.

Second, we are engaged in a lawsuit that is still in progress. Things are moving along but it is possible, and indeed probably, that this will be appealed to the Vermont Supreme Court. We feel that we have a strong case because the Vermont Constitution does not allow the taking of property without an affirmative vote of the people from whom the property is being taken without fair compensation. The giving of Windham School District property to the WRMUED without an affirmative vote of Windham voters is, in our view, an affront to the Constitution.

Third, the voters of the Town of Windham approved its FY2020 budget at Town Meeting on a strong, unanimous voice vote with no dissent. We have signed contracts with our teachers who are relying on employment at our school next year and they have been told that if this motion passes, their contracts will be null and void. They have more than 30 years of combined service to our school and such as action, in our view, is unconscionable.

We are asking for another year to resolve the lawsuit, honor the contracts with our teachers, and make decisions about the future of our school. We remember that originally the WRMUED promised that there would be no major operational changes made for several years and yet within the first year they voted to move all the sixth graders from the elementary schools to Leland and Gray Union High School. When petitions with 200+ signatures were presented to the WRMUED Board asking for a reconsideration and vote, they were essentially disregarded. We fear the decisions that might be made by this board regarding our small, geographically-isolated school, when we have only one member to represent our position, will have a negative impact on the education of our students.

We feel that forcibly merging us at this time would be premature and that, should we prevail in our lawsuit, extricating Windham would be extremely complicated for all involved, but something that would have to happen. It makes much more sense to let things resolve themselves first and go from there.

We thank you for your kind consideration and once again ask that you vote no on both articles on June 11.

A No vote on the part of residents of towns other than Windham would not change anything for their own towns’ schools but would prevent the state from immediately incorporating the Windham Elementary School into the new merged district. According to Antje Ruppert, Windham School Board member, the wording of the first article sounds harmless — a vote to “accept” Windham in to the new district — but it would in fact use voters from the other towns to force Windham into their district, very much against Windham’s will.

The text of the Articles below is from the flyer sent out by the West River Education District.

Article 1. Shall West River Modified Union Education District accept Windham Elementary School as a full member of the West River Modified Union Education District, effective July 1, 2019, per the State Board of Education’s Final Report of Decisions and Order on Statewide School District Merge Decisions (Pursuant to Act 26*, Section s 8(b) and 10) dated November 28, 2018, and under the terms of the Articles of Agreement certified by the Secretary of the Agency of Education on May 26, 2017.

Article 2. Only in the event Article 1 is approved, shall the voters of West River Modified Union Education District #34 amend the voter-approved 2019-2020 school budget of $11,710,082 by adding $450,039, which is the amount necessary for anticipated expenses at the Windham Elementary School for the 2019-2020 school year. It is estimated that this revised budget, if approved, will result in education spending of $20,900.09 per equalized pupil.