Giants: The Parallel Lives of Frederick Douglass and Abraham Lincoln 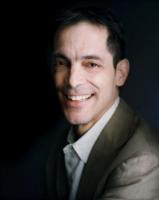 Douglass and Lincoln—one born a slave, the other born dirt poor—became respectively one of the nation’s greatest orators and one of its greatest presidents. Harvard professor and leading Civil War scholar John Stauffer examines their friendship, the striking similarities in their lives, and their legacies.

John Stauffer is a leading authority on antislavery, social protest movements and interracial friendship. He is a Harvard University professor of English and American Literature and African American Studies, and Chair of the History of American Civilization program at Harvard.

His eight books include The Black Hearts of Men: Radical Abolitionists and the Transformation of Race (2002) and Giants: The Parallel Lives of Frederick Douglass and Abraham Lincoln (2008), which both won numerous awards.

He is the author of more than 50 articles, on topics ranging from the Civil War era to visual culture, and is working on new books about interracial friendship and about Frederick Douglass and visual culture. His essays have appeared in Time, the New York Times, the Wall Street Journal, the New Republic, Raritan, and the New York Sun. He has appeared on national radio and television shows and has lectured widely throughout the United States and Europe.

John received his Ph.D. from Yale in 1999 and won the Ralph Henry Gabriel Prize for the best dissertation in American Studies. He began teaching at Harvard that year and was tenured in 2004.

He teaches courses on protest literature, southern literature, Douglass and Melville, the Civil War, autobiography, the nineteenth-century novel and historical fiction, among other topics. John came to Yale and Harvard from an unlikely and circuitous route. He was raised in Iowa, Nebraska, and North Dakota and educated in public schools.

After receiving a B.S.E. in Mechanical Engineering from Duke University and working briefly in finance, he received an M.A. in Humanities from Wesleyan University and an M.A. in American Studies from Purdue University before pursuing his Ph.D. He lives in Cambridge with his wife, Deborah Cunningham, and their sons Erik and Nicholas.

The lecture is a First Wednesday program sponsored by the Vermont Humanities Council. Supported by the Institute of Museum and Library Services through the Vermont Department of Libraries. Additional sponsors are (for the VHC)  Crosby-Gannett Fund of Vermont Community Foundation; (for Brooks Memorial Library) the Friends of Brooks Memorial Library; Brattleboro Savings and Loan; Downs Rachlin Martin, PLLC;  Windham World Affairs Council of Vermont; The Vermont Country Store, and  New Chapter, Inc.