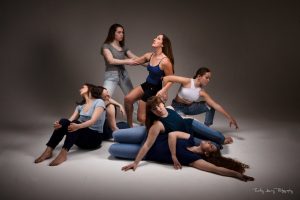 Thursday July 18th the Southern Vermont Dance Festival will present its Opening Gala Concert at 4:30pm at the Latchis Theater on 50 Main St, in Brattleboro, Vermont. This performance will involve both upbeat as well as works with more serious themes. This kick-off event to the four-day festival is perfect for dance lovers and families alike, featuring many exciting genres of dance and high quality choreography from all over the world. The festival’s choreographers have come from every corner of the country to share new and revived work! There will be works in modern, ballet, fusion dance and more!

The choreography includes pieces by six choreographers. Local artist Toni Nagy will perform in her sixth annual festival performance. This year her work is inspired by the idea that the female form and body has been commodified and objectified since the dawn the patriarchy. Despite the feminist revolution, there is still a force that directly targets femininity and the influence of women. This piece explores the struggle of feeling hostage to an identity that is defined by the confines of culture. Toni Nagy holds a degree in dance from Sarah Lawrence College and is the owner of Sobo Studio. Her work has traveled around New England in performance.

Local artists Sophia Marx and Justin Vasselli will perform a ballroom duet. Justin and Sophia have performed and competed around the world. This will be their third Southern Vermont Dance Festival performing as a duet. Sophia has also appeared in works by IBIT Dance Company.

Returning artist Sonia Plumb will bring her company to perform in the first of four ticketed performances as well as community events that her work will be in. In this performance, Plumb will show her work “Elephants”. This work is an excerpt from the Dance of da Vinci, “Elephants” is inspired by Leonardo’s Notebooks, Vol. II “The Life and Habits of Animals”. In addition to her role with the Company, Sonia has served as the first Artist-in-Residence at the University of St. Joseph (2012-2015). She currently teaches at the award-winning magnet school, the CREC Greater Hartford Academy of the Arts High School.
Sonia is a two-time recipient of the Connecticut Commission on the Arts Fellowship for Artistic Excellence, and the Hartford Business Journal’s list of 40 under 40 for distinguished achievement. She received a National Teaching Fellowship (2013), and was one of only nine artists nationwide to receive the Community Legacy Project award for her Arts Integration programs (2015).

Rylie Lynch is returning to the SVDF! She will be showing work in all four ticketed shows as well as community events. She will show three of her works with her company Weather Makers Danceperforming her work, “Choreographed,” in collaboration with Alexander Davis. The theme of this work is the devolution of the mime. The Weather Makers will also show two group pieces. One of these works, “Fool In Bloom,” was premiered as an evening length piece featuring her company Weather Makers Dance, in 2018 on Cape Cod as well as a performance at the Hannah Grimes Center for Entrepreneurship with Machina Arts.

Riley has performed the work of Monica Bill Barnes, Ismael Houston Jones, Shawn Ahern and Heidi Henderson. Riley recently premiered a collaborative project with Alexander Davis of Urbanity dance company in Boston. This work was performed at the Redfern Art Center in Keene, NH. Riley performed the work of Cynthia McLaughlin at the Dumbo Dance Festival in October of 2018. Riley was invited to present a piece in 2015 at Keene State College as part of their 40th year celebrating “An Evening of Dance”. She collaborated and performed at Marlboro College, for the Vermont Performance Lab in 2011.

Two new artists will be performing in this years Opening Concert of the 7th Annual Southern Vermont Dance Festival. Caitlyn Schrader, a freelance artist originally from Upstate New York will be joining us. Caitlyn most recently hailing from Melbourne, Australia, and previously Boston, Massachusetts (USA), she received a BA from Hobart and William Smith Colleges and a MS from the University of Rochester. Schrader will perform her work “Sillage” This work was developed in collaboration with a composer as a part of the Vision of Sound – New Music and Dance Festival; each choreographer was paired with a local musician for a new music and dance program to be presented in multiple cities throughout New York State with live accompaniment. The three movement score allowed for a 3-section dance. Section 3 allows the explosion of tension between the two to build to high energy and playfulness. This work remained true to my artistic style present in my past works: technical rigor, paired with everyday movements/gestures, and full-bodied physicality. It is the third and final section of a series, which I plan to present for the Festival.

Kenzie Finn founder and artistic director of Project 31, Boston’s visceral contemporary dance company will show “Under Ctrl”, a piece choreographed for the full company, a heart-pounding, athletic blend of modern and jazz set to “Control” by Shifted. Dancers shift between robotic unison and uninhibited solo work. In “Under Ctrl” the dancers depict the corporate lifestyle moving together as if each of them is preprogrammed with the same information and occasionally breaking away to try and find their individualism again. This will kick off the first of several works shown by Finn throughout this year’s festival.

Opening the Festival with a bang, this show will be the perfect length for families and a wonderful eclectic upbeat late afternoon of dance.  This performance will be followed by an Exaggerated Board Game Night in collaboration with the Retreat Farm’s Food Truck Round Up, for a perfect afternoon and evening for families and the community of Brattleboro. Tickets to this performance are $18 Students/$22 general in advance and $24students/$28 general at the door.

This opening concert will showcase, presenting wonderful dance from all around the country. Dozens of artists will open the festival and itshould prove to be an exciting afternoon of dance!
For tickets, to volunteer, or to sponsor this or any event go to www.southernvermontdancefestival.com