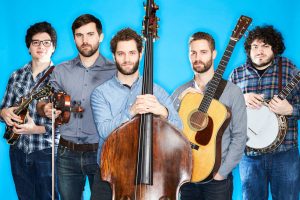 Next Stage Arts Project and Twilight Music present an evening of contemporary bluegrass and folk music with The Lonely Heartstring Band and The Stockwell Brothers at Next Stage on Saturday, November 24 at 7:30 pm.

In five decades together, the Stockwell Brothers have played everything from classic bluegrass to folk rock to world beat music.  Bruce, Barry, Alan and Kelly Stockwell’s music continues to span traditional and progressive styles, but their well-honed signature sound spotlights new singer/songwriter material recast with varied rhythms and original arrangements featuring three-part vocal harmonies.  They have performed alongside artists from Bill Monroe, Doc Watson and Earl Scruggs to Mary-Chapin Carpenter, Jonathan Edwards and Asleep At The Wheel, recorded with Mike Auldridge and Phil Rosenthal of the bluegrass supergroup The Seldom Scene, and toured throughout the United States and in Canada and Europe.

Next Stage is located at 15 Kimball Hill in downtown Putney, VT.  Tickets are $20 Advance / $24 At the Door.  For information, call 802-387-0102.  Advance tickets are available at www.nextstagearts.org, Turn It Up in Brattleboro and Putney Food Co-op in Putney.  For more information, visit www.lonelyheartstringband.com, www.stockwellbrothers.com, www.twilightmusic.org and www.nextstagearts.org.