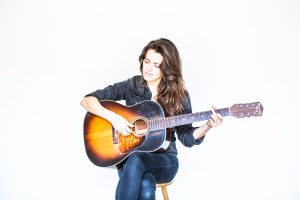 Next Stage Arts Project and Twilight Music’s “Rising Star” concert series continues with  an evening of contemporary folk and Americana music with Nashville-by-way-of-Vermont singer/songwriter Caitlin Canty and Maine duo Oshima Brothers at Next Stage on Friday, May 31 at 7:30 pm.  NSAP and Twilight Music are committed to supporting young, emerging artists, and the new series puts the spotlight on exciting, ready-to-be-discovered performers who are appearing at Next Stage for the first time.

Since the release of her critically-acclaimed “Reckless Skyline” CD in 2015, Canty has put thousands of miles on her songs, circling through the US and Europe.  She has shared stages with Mary Chapin Carpenter, The Milk Carton Kids and Josh Ritter, and recorded with longtime collaborators Darlingside and with Down Like Silver, her duo with Peter Bradley Adams.  She won the Troubadour songwriting competition at the Telluride Bluegrass Festival, and her song “Get Up” was nominated for Song of the Year in the Folk Alliance International Music Awards.  Canty’s original recordings have recently appeared on CBS’s “Code Black” and on the Netflix original series “House of Cards.”

“The Vermont native with a casually devastating voice and unshakable poise is bound to be the next great Americana star… Canty is ready to be discovered.”– SAN FRANCISCO CHRONICLE

Oshima Brothers’ magnetic sibling sound and contagious joy result from a lifetime of making music together.  Raised in a musical family in rural Maine, Sean and Jamie Oshima have honed a harmony-rich blend of contemporary folk and acoustic pop music.  On stage, the brothers create a surprisingly full sound with dynamic vocals, electric and acoustic guitars, octave bass, loops and percussion.  Their debut album “Oshima Brothers,” released in 2016, is a collection of 11 original songs written by Sean, and arranged and recorded by Jamie.

Next Stage is located at 15 Kimball Hill in downtown Putney, VT.  Tickets are $20 Advance / $24 At the Door.  For information, call 802-387-0102.  Advance tickets are available at www.nextstagearts.org, Turn It Up in Brattleboro and the Putney General Store in Putney.  For more information, visit www.caitlincanty.com, www.oshimabrothers.com, www.twilightmusic.org and www.nextstagearts.org.