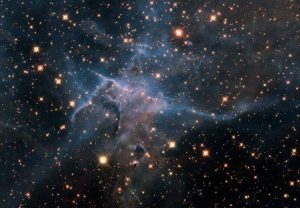 Monday, November 4, 2013 was Islamic New Year. It was also the day the journal “Proceedings of the National Academy of Science” published the results of calculations based on sun-like stars in our galaxy.

The estimate of the number of planets similar in size and temperature to Earth (what astronomers have dubbed the ‘Goldilocks Zone’ – not too hot, not too cold, but just right for life to evolve) was 8.8 Billion!

And that’s just our galaxy. The neighboring Andromeda Galaxy has an estimated 1 trillion stars. A recent German supercomputer simulation using information collected from the Hubble Space Telescope estimates there might be as many as 500 billion galaxies in the Universe, and as many as 4 Trillion “Goldilocks” Planets.

With that kind of odds, the chances that we’re alone in the universe are slim to none (and Slim’s out of town.)