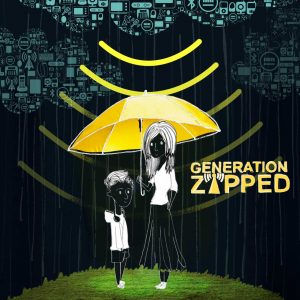 At 6:30 pm on Wednesday, April 3, Generation Zapped, an award-winning documentary about the possible effects of wireless technology will be shown at the Brattleboro Coop Community Room, 7 Canal Street, Brattleboro, VT 05301

Generation Zapped reveals the evidence for impacts on our health, moods, behaviors, fertility, and brain function. Hear what top experts in science and public health, and people who suffer with symptoms of wireless radiation illness have to say. The film also suggests ways to reduce your exposure and protect your family.

Wireless tech is everywhere – we walk, sit, eat, play, work, study, and sleep in it. Children, patients, teachers, parents, medical professionals, policy makers, and the general public – all bioelectric life forms – are steeped in wireless microwave and radiowave radiation 24/7, even though this radiation is classified as a class 2B carcinogen, same as DDT and lead, by the World Health Organization (2011).

Proving things can change for the better, our guest speaker Cece Doucette guided the first U.S. public school district to adopt ‘Best Practices for Mobile Devices.’ She also collaborated with legislators in Massachusetts to introduce several bills addressing wireless radiation and public health, and worked with her Department of Public Health to draft EMF Fact Sheets.

Will Vermont make similar progress? We will discuss a legislative bill that merits citizens’ attention. For a list of countries in the EU,  and their mandates regarding this issue, click here.

This event is sponsored by EMF Safety for Vermont. The group formed upon learning of  Vermont’s plan to deploy 5G technology across the state and to reduce public input for the permitting process. EMF Safety for Vermont is committed to raising awareness of the proven biological risks of man-made electromagnetic frequencies, and promoting safer ways to use technology.

Check out the film trailer!