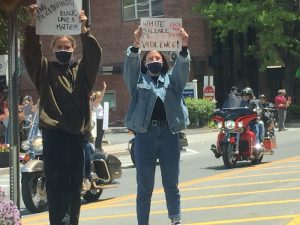 Hundreds of protestors in Brattleboro on Sunday joined in the nationwide protests over the killing of George Floyd.

Lining Main Street from one end to the other on both sides of the streets, were social-distanced people with masks and signs, chanting and singing. This crowd was probably as big if not bigger than the Iraq War protests in 2003.

A sampling of signs:

The police were created to kidnap enslaved people who escaped

Do You Support Murder?

Prosecute All Killers In Uniform

No More Crazies IN Police Force

It was loud and active. Many motorists were honking in rhythm to the chants of “Black Lives Matter.” There was clear concern and anger in the crowd – it was a serious setting. Protestors were fed up with police killings.

There was a very limited police presence. I saw one officer and one fireman. I think I saw the Town Manager, but it is a bit hard to tell with masks and sunglasses.

Here are a few pictures. Only an overhead shot would capture the totality of people from one end of town to the other. 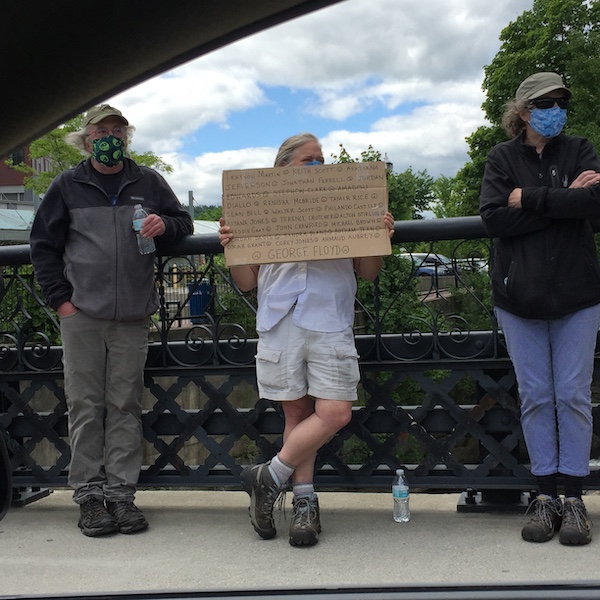 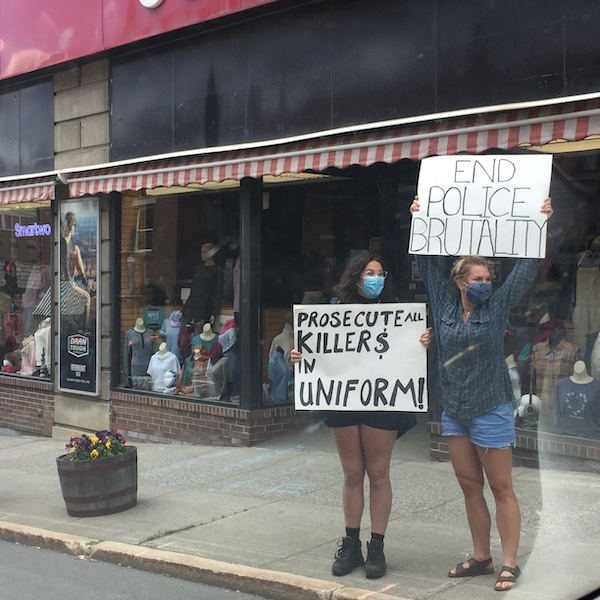 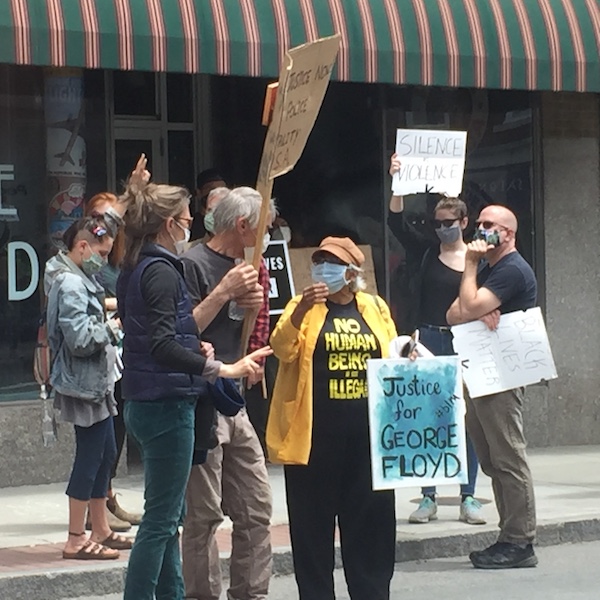 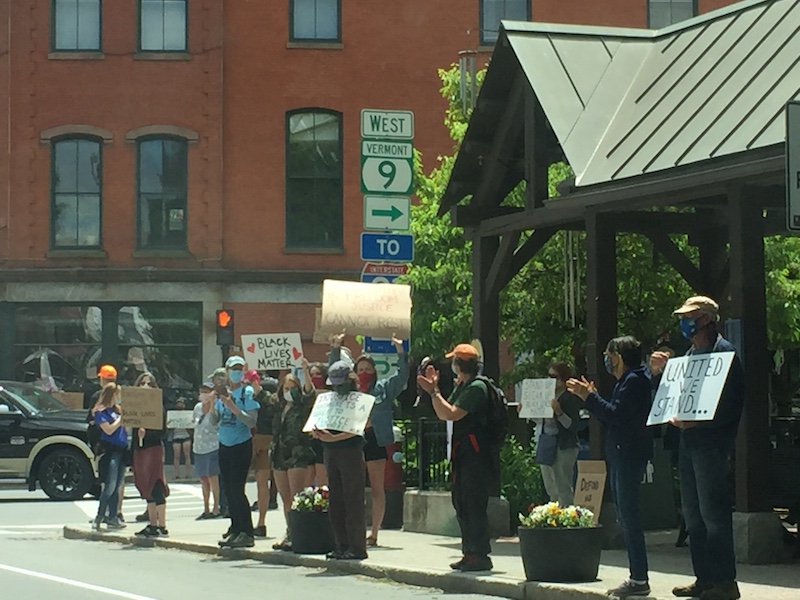 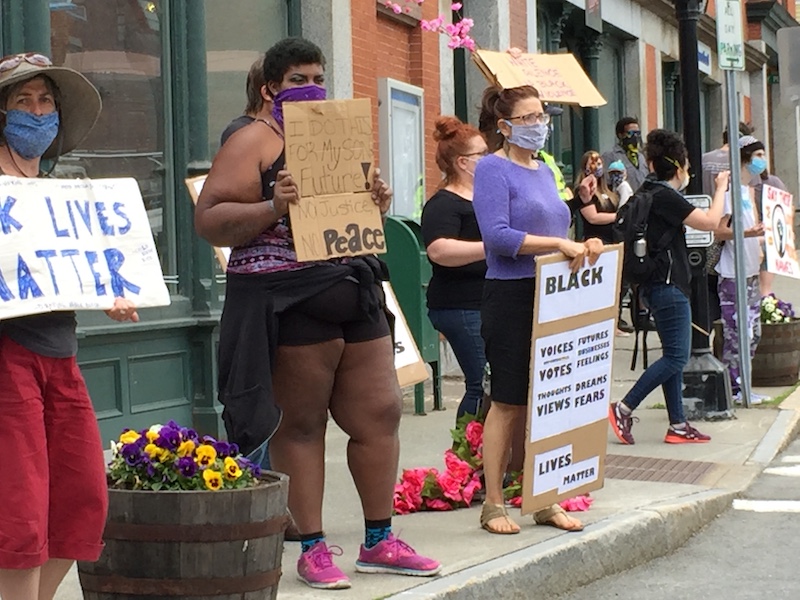 Were you there? Tell us about it…