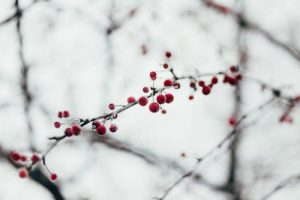 Around this time of year, it’s common to hear the phrase “Peace on earth,” which is what the angels reputedly said to the shepherds out abiding in the fields. “Peace on earth, good will to men,” they sang in glorious harmony. They were heralding the coming of the prophet Jesus, who was foretold to be the Prince of Peace. Christianity seems to have arisen out of a desire for peace — the absence of war, the presence of good will amongst humans. It was deemed so important that this soon to be major religion was founded in part on these corniest of virtues, peace and love.

Two thousand years later, as many Americans prepare to celebrate Christmas — the birthday of the Prince of Peace — America remains controversially at war in various battlefields around the world. Peace on earth is not a reality, despite our religious beliefs. Which is to say, we believe in peace as a virtue but not one apparently that humans can achieve. For most of us, wishing for peace is a pipe dream, a platitude recited during the holidays because it’s traditional to do so. But what does it mean, really? Human beings are so much better at making war.

That said, there has been some progress lately on the peaceful side. In a rather surprising turn of events, the U.S. Senate voted this month on a resolution sponsored by Bernie Sanders to end U.S. military support for the war in Yemen, an ugly conflict that has gone on all but invisibly but in which thousands of people are dying. America has supported Saudi Arabia right along, starting under Obama four years ago and continuing under Trump. Even as the body count rises, our nation’s support has remained unwavering — until now. The Senate vote proves that Americans aren’t uniformly in favor of all wars, thank goodness. In the case of the Yemen bill, half a dozen Republicans voted for it as well. No matter the result, this kind of statement matters.

Then there’s Trump’s admittedly precipitous decision to draw down troops in Syria and Afghanistan. This is being presented by the media as a controversial move, due to his failure to follow protocol, but it’s hard to see how reducing the number of combatants and weapons in Syria can make things any worse for those who have seen years of destruction and bloodshed. More to the point, how can we stop the fighting if no one is willing to stop fighting? Someone has to do it, and it may as well be us.

As I type this, on the morning of Christmas Eve, a very light snow is momentarily falling, lending a peaceful quality to our grey vista. Everything is quiet and still.

As we enter the height of the Christmas holiday, I find myself especially grateful for those old virtues of peace and love, both now and every day. Our lives would be greyer than the winter landscape without them. So to one and all, on this Christmas 2018, I will repeat the old proclamation, “Peace on earth — good will toward men.” Putting our grievances aside, may we all enjoy a peaceful, happy holiday.