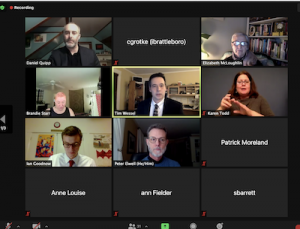 The Brattleboro Selectboard approved of a few items for their FY22 budget recommendations, raising the amount for paving and agreeing to the increases for BCTV and Human Services. They also continued their discussion of the community safety report, and will continue to continue that discussion next week and in the future.