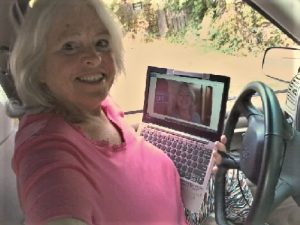 If there is anything you don’t like that the current Attorney General is doing, then vote for someone else. This is America!

The United States Constitution, Article 6, Section 3:
Who shall take constitutional oaths; no religious test as to official
qualifications.
The Senators and Representatives before mentioned,
and the Members of the several State Legislatures,
and all executive
and judicial officers,
both of the United States and of the several States,
shall be bound by Oath or Affirmation,
to support this Constitution;
but no religious Test shall ever be required as a Qualification to any
office or public Trust under the United States.

Re-read: “and the Members of the several State Legislatures,
and all executive
and judicial officers,
both of the United States and of the several States,
shall be bound by Oarth or Affirmation,
to support this Constitution”
.
The Vermont Attorney General is an executive officer voted in
by the people and she or he must conform with the
US Constitution.

If you can list one or more laws that are currently the law of the land
today, that are unConstitutional, violating either the US Constitution
or the Vermont State Constitution, and if you feel that TJ Donovan
has failed to do his duty to warn and inform the VT General Assembly
that they are wrongfully stepping on the toes of ordinary Vermonters,
then vote him out.

Remember, if the Vermont General Assembly had some decent
legal advice they could act on a number of federal issues.
Article 5 of the United States Constitution:
Ways in which the Constitution can be amended.
The Congress, whenever two-thirds of both Houses shall deem it
necessary, shall propose Amendments to this Consitution,
or,
on the Application of the Legislatures of two-thirds of the several
States, shall call a Convention for proposing Amendments,
which in either Case, shall be valid to all Intents and Purposes, as
part of this Constitution, when ratified by the Legislature of
three-fourths of the several States, or by Conventions in
three-fourths thereof, as the one or the other Mode of Ratification
may be proposed by the Congress.

Let’s talk about an Amendment to the US Constitution to
end marijuana / cannabis prohibition, like alcoholic beverage
prohibition ended. TJ Donovan does not show any inclination
to do anything to make marijuana 100% legal for adults to use.
The Representatives to the US Congress had a Bill ready to
vote on, but then they changed their collective minds and
are refusing to vote on it before the Nov. 3, 2020 general election.

This is shocking for the U.S. Congress to do this during
coronavirus covid-19 social distancing, when so many
people are home alone, or home with a few family members
and would like some “recreation” in their own minds.

The current law in Vermont is all about an ounce, and
anything over that ounce and TJ Donovan might send you
to jail or a diversion program, neither of which appeals to
many people. The government doesn’t count your cans of beer,
they don’t itemize the list of bottles of wine in your cellar,
so why on earth is TJ Donovan measuring your
marijuana / cannabis with a postal weighing scale?

On candidate (and incumbent office holder)
T.J. Donovan’s website it says,
“TJ has successfully advocated for a variety of innovative criminal
justice policies including unversal access to naloxone treatment;
decriminalization of marijuana;…”

Because Vermonters, to this day, are still being shipped to
private-for-profit out-of-state prisons, denying their children
and families access to love, to hug, and be loved by them,
then we must accuse the current Vermont Attorney General of
failing to do his duty to stop this abuse of the Vermont
Constitution.

The duty of the Vermont Attorney General
is to represent the State of Vermont, and if you have the
State as your #1 legal client, then you must warn and inform
the State when the State is in violation of the Vermont Constitution,
otherwise, you should be charged will legal malpractice
and your license to practice law should bel suspended.

You don’t tell your legal client that it is O.K. to rob banks.
When your legal client is doing something wrong,
you must tell them to stop it. The State is the legal client
of the Attorney General. It is the duty of the Attorney General
to file a request for injunction in Court to stop the state from
committing this violation of the Vermont Constitution
by sending prisoners to out-of-state private-for-profit
prisons and robbing Vermonters of their tax dollars which
should be spent at home housing prisoners and creating
programs for them to work for the public in view of the
public just like it says in the VT Constitution.

It used to be that way 50 years ago when there were
25, 000 farms in Vermont and 600,000 cows,
the prisoners were sent to work on farms where they
would be housed and fed and were happy to work rather
than being in a jail cell. It was good deal for everyone.
Now, there are fewer than 2,000 farms and a few cows,
and Vermont allows illegal aliens to take the jobs that
should be the prisoners.

Here are your choices, the candidates listed for Attorney General
on your Nov. 3, 2020 general election ballot, listed on the
Secretary of State Elections Division website.
H. Brooke Paige and Cris Ericson are long time friends of the
U.S. Marijuana Party and will work to make marijuana legal and
uphold the State Constitution and United States Constitiution.
http://usmjparty.com