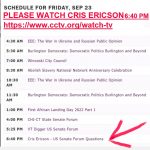 CCTV.org only gave me 15 minutes! I was excluded from the VTdigger U.S. Senate candidate forum, so I appear all by myself on
http://cctv.org at 6:40 PM  after the VTdigger.org Debate exclusively promoting only the arrogant male Democrat & male Republican candidates, who by excluding me, prove they are not inclusive and are disparaging of women candidates.

Did you watch the Queen’s Funeral “live” today?

If you can trace your ancestry back to the mid 1700s, the King of Great Britain was keeping track of your ancestors before then because prior to the Declaration of Independence, he was still trying to get tax dollars out of them.

While watching the proceedings of Queen Elizabeth’s funeral, I wanted to trace a piece of jewelry that I had always thought was junk jewelry because great aunt Annie called it a “trinket”.

Hi! Other candidates who are not Democrats or Republicans are now complaining about being excluded from debates.

I brought debate exclusion up before here at ibrattleboro.com. I emailed other non-major party candidates but none of the other candidates responded to my emails, except one, Kerry Raheb told me to lose his number or something like that, but the rest didn’t respond at all.

“As Vermont edges toward a legal recreational cannabis market, everyone paying a power bill is indirectly subsidizing the indoor cultivation of marijuana.
Efficiency Vermont, established by lawmakers in 1999 and funded through charges on residential and commercial power bills, is working to blunt the power demand of the energy-intensive cannabis businesses taking root.”

Why is this an outrage? Because we shouldn’t be forced to pay the electricity bill for any profit making business! No doubt about it, the marijuana / cannabis businesses expect to make millions in profits. 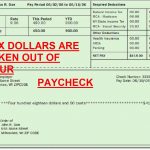 Brenda Siegel is doing a good job of complaining about the State Legislature because they did not prepare ahead of time for running out of funds for housing assistance.

In January some new State Legisltors will be sworn in, but that might not be fast enough.

WHAT IS YOUR CRITERIA FOR DEBATE EXCLUSION?

RE: report by Vtdigger.org (which reports on campaign activity of major party candidates to the exclusion of most others while claiming to be a non-profit rather than a political action committee promoting major parties)

WHAT IS THE DEFINITION OF ELECTION FRAUD?

It happens many different ways in Vermont!

VtDigger.org is an online news source in Vermont which claims to be a non-profit and may receive funding from the State of Vermont. They are holding a series of political candidate debates which ONLY INCLUDE the Democrats and Republicans and exclude all others.

The last U.S. president has left a trail of crimes that are unprecedented in American history. A reasonable person would expect that such a high level criminal would have already been prosecuted for a few of the more egregious crimes, yet the man who may prove to be the most immoral and unethical person to live in the White House is free and has not yet been charged with a crime.

The American people need some degree of closure. We also need to have hope that Trump never again holds the office of President. The ball is in the court of the Justice Department and it will be up to Attorney General Merrick Garland to make sure that our legal system does not become another casualty in the Trump wars. It will be up to voters to destroy Trump’s political ambitions.

To the woman in front of me, with what appeared to be her partner and two daughters on the Edible Brattleboro farmstand line this morning: Your gratuitous nastiness was not appreciated. It looks like you wished to pass on ugliness to the world. Insulting and unkind behaviour is not in the spirit of the gift/sharing economy.

How much of what people call “global warming” is NOT man made? It’s just another hot day brought to us by our Sun!

Dr. Tamitha Skove, a space weather physicist, posted on twitter that a filament of a solar storm on the Sun would arrive on Earth early July 19th.

Well, we can look at the weather forecast and see it will be warm tomorrow.

Django Grace brought up a fun idea at the most recent Brattleboro Selectboard meeting – a return to the electric trolley.

Now, I’d advocate for a trolley-monorail hybrid, of course, but the trolley alone is interesting. I like transportation that is fun.

It would be cost prohibitive to get one custom built and installed.  Recent trolley projects have costs cities between $4-14 million dollars per mile. There are Federal funds available, but they are calculated on ridership estimates and larger locations would certainly win out over Brattleboro.

What could be done, though, is to build something locally.

For this year’s Memorial Day advisory we quote from “Memorial “Daze”: Nightmares of Empire”

It surprised many that Town Manager Yoshi Manale resigned after just a few months. But it isn’t that surprising.

Brattleboro is unusual. For a small town, there is a tremendous amount of media. Two newspapers, three radio stations, citizen journalists, and others pay close attention to what goes on in town government. Add in social media, discussions in offices, and conversations on the street and you end up with a rather active core population that follow the details of town government.

There are big cities with less coverage of their municipal governments and fewer news outlets. And big city news is often dominated by crimes, fires, and other distractions, making municipal news a smaller piece of the overall newscast or front page headlines.

An Alert and Warning! 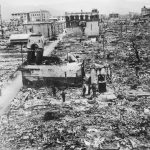 There’s a funny skit on the Don’t Crush That Dwarf album by Firesign Theatre in which two tv news anchors banter about the apocalypse.  “Last year, Patty, you and the viewers will be interested in noting that the world ended.”  To which his partner replies, “As we know it, Hugh!”

This is kind of what’s happened to us.  The world, as we knew it, has ended and now we’re in a new world, feeling less than brave, and facing all four Horseman of the Apocalypse at the same time.  For people who’ve been living in the virtual world for most of the last two decades, waking up and discovering that the real world that we were counting on is going, going, gone, the whole flaming mess we’re in must seem like a bridge too far.  How could we have gotten to this?

How do you stop a deranged dictator from creating his own image of the world while he kills people and terrorizes an entire planet? I don’t have the answer to that question and it looks like world leaders are having a hard time slowing the juggernaut of death and destruction that Putin is causing.

Sensible and humane people see war as an option only after all other methods of diplomacy have failed. In Putin’s world, diplomacy is a tool for weak nations. He knows that he can use bombs and bullets whenever he wants because he has no regard for human life. When a leader is of that mindset, diplomacy and the gentler methods of compromise and conciliation will never succeed.

Before kick off at the Super Bowl, a moment of silence for the Afghani children that have been starved to death by the American government impounding their food money would have been appropriate. It would have shown that Americans care and wish their government would unfreeze the more than 9 $billion so Afghani children can be fed and go on living. Some US Congressmen and women spoken out.

My father was always conservative. Although never a registered Republican — he preferred to see himself as an Independent — his views were decidedly to the right. For my part, I too saw myself as independent but took the opposite road politically, becoming what he would call “a liberal.” Consequently, we rarely saw eye to eye about political matters, although it never came to blows.

But somewhere in the early 21st century, my dad retired from his job and began to have more time on his hands. Having moved to rural Rhode Island and having no friends in the area or work to keep him occupied, he acquired the unfortunate habit of listening to talk radio. Rush Limbaugh was his favorite show. As a frequent visitor to the new family homestead, I became the target of his right-wing ire. After all, it’s no fun being angry if you have no one to attack over it.

I spent much of yesterday devouring UFO stuff. In this morning’s reverie, it all came together.

Why have governments devoted enormous resources to denying their existence?

If, during the three day Martin Luther King birthday holiday, a world attention getting source, for example, a Chinese government spokesperson, would point out that the government of the United States of America was condemned as the most violent in the world by America’s own idol, this writer believes it would be a sensation, and a most difficult moment for the U.S. government and America’s wars supporting mainstream media.