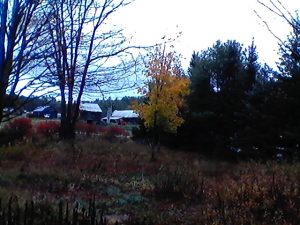 When, Why, Where and How did the Democrats change from being pro-Slavery while the Republicans were anti-Slavery? This topic is going around the internet now that we are so close to the November 3rd pre-climax of the 2020 Presidential race, waiting in agony for all of the many law suits filed in different states about mail-in ballots to be resolved in the months to come before we have a certified winner.

SevenDays news brings up the race issue again on October 20, 2020: “Vermont House Candidate Proposes Segregated Police Forces”. Mr. Viens believes his view is not racist, he is just trying to solve a problem.

O.K., we have a race issue in Vermont & we know that because the percentage of people of color, black lives, sent to private for profit out of state prisons from Vermont to places far, far away, is higher in percentage of population than white caucasian folks. Notice the word “profit” in private for profit prisons. We count how racist we are by our lowest common denominator, by how many people are sent from our comparatively safe covid-19 zone to face possible death in a county in some States where the covid-19 rate may be high enough to be an unlitigated death sentence when you are locked in a steel cage.

What I have noticed on the internet lately is that people are saying it was originally the Democrats who were blatanlty racist and in favor of Slavery, not the Republicans, way back when Slavery was legal. Put a rope around a black man and drag him away and threaten to beat or kill him if he doesn’t do your farm work for you. Really?

I am flipping between two different books, (1) by Frank B. Latham about Slavery, 1969, discarded by the Rockingham Free Public Library in Bellows Falls, Vermont, and (2) written ten years earlier in 1959 by Robert F. Kennedy about the Mafia and organized crime. The Mafia and organized crime got their free paychecks by going to businesses and telling the business owner that if they did not make the Mafia their “partner” and give them half the profits, that they would arrange for their heads to be beaten in with a baseball bat, or shot to death, or other measures to convince them to make the Mafia their “partner” and fork over half their profits.

Slavery in the 1800s and the Mafia and/or organized crime “partnerships” in the 1950s were both forms of obtaining free labor and profits for no effort other than swinging that bat. Robert F. Kennedy was assassinated 9 years after his book was published about the Senate Committee on organized crime, complete with real quotes from the hearings – he obviously pissed someone off. Yet fools on conservative talk radio shows this week are going on and on about how Joe Biden’s son, Hunter, received huge amounts of money from foreign corporations for sitting on their Boards. Same thing? Shsshhh, be quiet, make no noise, the assassins are well paid. Don’t dare listen to Rush Limbaugh, Howie Carr, Red Eye Radio, Mark Levin, Dan Bongino or any voices implying Old Joe demanded half of the profits from his son. Gee whiz, his campaign is swimming in cash!

Now, let’s get past the paycheck for doing nothing and study the ecomonic conditions in America in the 1800s, read book, “Lincoln and the Emancipation Proclamation”, 1969 by Frank B. Latham: Poor white folks tried to survive on a farm or in a small business, but had to compete with Slavery. In the 1800s Cassius Marcellus Clay freed his Slaves in Kentucky and said, “The white Kentuckian has been driven out by Slaves, by the unequal competition of unpaid labor…”

Let’s look at “race” for a moment. Lincoln pointed out that “in 1850 there were in the United States 405,523 mulattoes. Very few of these are the offspring of whites and free blacks; nearly all have sprung from black slaves and white masters…” Now, let us go to any online DNA testing site. If you are a man, you got your Y chromosome DNA from your father who got it from his father who got it from his father all the way back for thousands of years. The white male caucasian Slave owner DNA lives on in his mulatto son. Every Black man now, today, whose great, great, great biological grand-daddy was a Slave owner, has pure white Y chromosome DNA. It doesn’t matter the color of his skin.

Next in two definitions of “race”: Don’t forget China and other countries where labor costs are so low because children work in factories for tiny wages, hungry and sad, and companies go out of business here in America. Who, if anyone, in the current Presidential race, is publicly talking about horrendous labor conditions and child labor in foreign countries which sell products to us via big box stores and dollar stores? Um, would that be the Republican candidate?

How can Vermonters buy less from dollar stores and big box stores loaded with Chinese child-labor-made goods? I have decided that if I am elected Auditor of Accounts, that upon news of being elected, I will publicly post a request that all non-profits in Vermont start applying for grants at places like www.grants.gov so they can bring in as much money as possible to Vermont. Next, I will ask all entities that are normally audited by the State Auditor of Accounts to go over their federal taxes and carefully study how they can get even more tax exemptions, so as to keep their money in Vermont. Thirdly, I will ask all entitites that can legally be audited by the elected Vermont Auditor of Accounts to try to buy all of their products and services in Vermont, so as to keep money in Vermont instead of supporting child labor overseas.

The current incumbent Auditor who I am running against, Doug Hoffer, answered a question posed by a news organization wanting to know who he would audit? I laughed my head off. Why on earth would you give the equivalent of a hit list? I want to help Vermont if I am elected Auditor of Accounts, help you get grant money, help you get tax deductions and help the people of the State of Vermont as a whole by encouraging non-profits and schools, etc. to buy all of their goods and products and services needed to run their entity in-state with Vermont products and Vermont services. I will apply the most liberal definition of the job of State Auditor of Accounts as I legally can to improve the economy of Vermont rather than pick on people and give them bad report cards!

I can show you how to come even, financially, by applying for more federal grants and using more federal tax deductions, so you won’t mind spending more money to buy products and services in Vermont, because you will come in even, or better off, without Slaves, without under-paying immigrant labor, without products created by foreign child labor; without Chinese products from big box stores and dollar stores; together we will fight for fairness and an economy that sees people rather than skin color, and puts Vermonters first.

Yes, the 2020 race is about race. Race has two definitions.
(ps: remember, facebook kicked me out. You can reach me at crisericson@aceweb.com