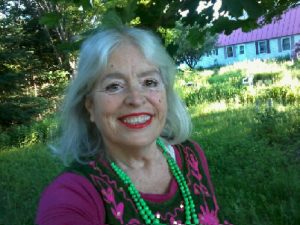 The bill includes an excise tax on sales of marijuana and would allow companies to conduct interstate trade and use banking services.

Ballot measures or bills to legalize marijuana have passed in 18 states, each with different regulations and taxes.

Can you imagine trying to drive across the United States of America in your car and keep out of trouble on the way to the July 4th,
2021 “Smoke-in” in Washington, D.C. at Lafayette Park?

Why did the MORE Act bill have to be re-introduced, rather than get voted into law right away; and how many more times
and how many more years will it take to make marijuana legal under federal law so that people who receive “benefits” like college tuition
grants, federally subsidized housing, food stamps and medicaid, etc., can live without fear of federal prosecution and loss of their benefits?
This clearly sets up a dividing line between the rich and the poor when it comes to law enforcement.

If the liberal, well-to-do Democrats and the “woke” crowd want to help the poor, then help them keep out of private-for-profit
prisons by making marijuana legal. Keeping marijuana illegal is just another form of slavery when the poor are grabbed and
handcuffed and shackled and sent to private-for-profit prisons to work forced labor to make a profit for the corporate owners and shareholders.

Now, Moms and Dads, foster parents and legal guardians, if you have a teenager or young adult driving to the “Smoke-in” July 4th, 2021 at Lafayette Park in Washington, D.C. then you might want to discuss this with them:
First, how many states will they be driving through in order to get there; and secondly, what are the drug laws in each state.

Then, what are the existing federal laws if they are planning to apply for student loans?

Under the Drug – Free Student Loan Act (DFSLA), even a misdemeanor marijuana possession conviction can affect a student’s eligibility
to receive federal student grants or loans under 20 U.S.C. § 1091(r). For example, try applying to Iowa State University: Federal Student Financial Aid Penalties for Drug Law Violations … Federal law provides that a student who has been convicted of an offense
under any federal or state law involving the possession or sale of a controlled substance during a period of … financial aid shall not be eligible
to receive any federal or institutional grant, loan, or work assistance during … Summer 2021
https://www.financialaid.iastate.edu/drug-violations/

WHY ARE THERE SO MANY HOMELESS PEOPLE IN WASHINGTON, D.C.?
https://dcist.com says:
“That’s because it’s still illegal to grow, possess, and consume cannabis in rental housing subsidized by the federal government, even for District residents who participate in the city’s medical marijuana program. May 27, 2021”

Why are there so many hungry families and senior citizens lined up for food boxes?
Why are we forcing our own people to be malnourished and more likely to get diseased?
President Joe Biden proposes an end to the ban on food assistance for people convicted of drug offenses, such as marijuana or cannabis.
https://www.kansascity.com/news/politics-government/article251510873.html
May 19, 2021 · Drug offenses can cut you off from food stamps in Kansas and Missouri. … restrict people with drug convictions
from accessing food programs. … (SNAP)…food stamps…

We need an Amendment to the United States Constitution to make marijuana legal in all states once and for all! That’s how alcoholic beverage prohibition ended, and we must end marijuana / cannabis prohibition! AMEND THE U.S. CONSTITUTION TO MAKE MARIJUANA LEGAL!

A month ago (NY) U.S. Senator Chuck Schumer (D) said he would introduce a “new” bill, but hasn’t done it yet. Meanwhile, Khaled Salem (D) has announced he will run against Chuck Schumer for his seat in 2022.

VERMONT will allow recreational sales of marijuana to begin in Vermont Starting in 2022. But, will marijuana still be illegal under federal law then? Can you say, “entrapment”? What bank is going to deposit funds for marijuana sales in Vermont?
https://news.bloomberglaw.com/health-law-and-business/retail-cannabis-shops-will-be-legal-in-vermont-starting-in-2022

IF YOU WANT TO GET THE JOB DONE, VOTE FOR CRIS ERICSON!

2022 Please vote for
Cris Ericson for U.S. Senator
if you vote in Vermont!
http://politics2022.org

IF YOU VOTE IN VERMONT PLEASE DOWNLOAD
AND SIGN AND MAIL THIS PETITION TO CRIS!
THANK YOU SO MUCH!

Cris Ericson
https://en.wikipedia.org/wiki/Cris_Ericson
Cris Ericson is an American marijuana legalization activist
and perennial candidate for public office in Vermont.
She has unsuccessfully run
for the governorship of Vermont nine times
and for a seat in the United States Congress eight times.