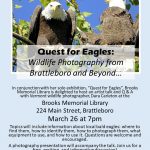 In conjunction with her solo exhibition, Quest for Eagles, Brooks Memorial Library is delighted to host an artist talk with Vermont wildlife photographer Dara Carleton on Tuesday, March 26 at 7 pm.
Topics will include information about local bald eagles: where to find them, how to identify them, how to photograph them, what equipment to use, and how to use it. Questions are welcome and encouraged.
A photography presentation will accompany the talk. Join us for a free, exciting, and informative discussion! 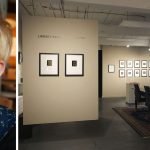 In conjunction with her January 2019 solo exhibition “Progressions“, we are delighted to host an artist talk with Providence-based photographer Lindsey Beal on Sunday, January 27th starting with a 1-hr talk at 4pm and followed by a closing reception with refreshments until 6pm. 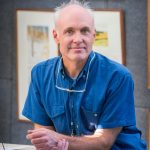 Mitchell • Giddings Fine Arts is excited to host an Artist Talk with Matt Brown on Saturday, April 21 at 5pm. Brown will be discussing his current exhibit “Conversations with Color Woodblock Prints”, on display at Mitchell • Giddings Fine Arts through May 6. The talk will include a demonstration by Brown of the Japanese hanga method of printmaking used by Hokusai, Kunisada and Hiroshige, a technique in which each print is created entirely by hand using water and pigments applied to multiple carved wooden blocks. One woodblock corresponds to one color within a print, and each is transferred to paper by a small hand-held baren.

“Conversations with Color Woodblock Prints” features over 40 prints, with many new pieces, as well as watercolor and pencil studies, working proofs and progressive states, providing viewers a glimpse into the artist’s continuous dialogue with his imagery and materials. Often changes made over several years create subtle, or dramatic, re-imagining of Brown’s initial vision.