Vermont grants for barn stabilization and restoration.  Be sure to see the manual before starting your project, because to be eligible the project may not have been started before the application was submitted. 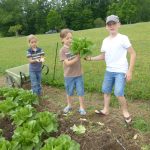 In that all things, even the virus, work together for the good we increased in our farming efforts during our time of “Shelter in Place”. Love gave us the faith to plant three gardens here in Oak Hill! We discovered seed that had been left behind by others and did germination tests. Some of these seeds were 12 years old but they were viable and sprouted. Quickly this Spring we had an improvised little greenhouse! Our children love small beginnings that is if we do. Faith and enthusiasm is always contagious just like good leaven!

With an uptick in online ordering, I’ve had to work a bit harder to avoid using Amazon. Jeff Bezos doesn’t need any of my money, and just about everyone else does, so I make the effort.

Search engines conspire against this quest. Search for almost anything and the top results, plural, are Amazon. It’s annoying.

When I use it at all, I use Amazon as a free product research tool. I’ll look at product specs, manuals, reviews, Q&As… and then go somewhere else to buy it. 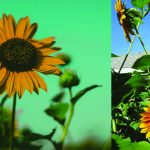 Brooks Memorial Library is part of the Growing Hope Campaign!

Come to the Main Street library entrance from 10AM – 5PM, Monday – Saturday, up a sign that says sunflowers, growing hope, or even a picture of a sunflower and we will give you a packet of seeds for you to plant! You can also request seeds when you order items through our curbside service.

The Growing Hope Campaign is a partnership between Brooks Memorial Library and Building a Positive Community in Brattleboro, to distribute sunflower seeds to people who would like to have some hope growing, wherever they are. You can now get sunflowers from Brooks Memorial Library, with curbside pickup. Packets may also be found at the tiny libraries on Spruce Street, Coombs Street, and near the Oak Grove School. Please let us know if they have run out! 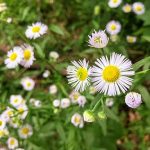 Every year about this time, I grapple with the dilemma of what to weed. It’s not that I want my garden to be overrun with volunteers, but over the years I’ve become more and more averse to killing living things. This includes plants, with which I’ve always had an affinity. I think I was a plant in a former life, and probably something weedy.

This year’s problem plant is a grove of daisy fleabane which seeded in on barren ground near where I had misguidedly let their mother bloom the year before. There they all are, her strong and healthy children, forming their sturdy basal rosettes with taproots to Eden. Part of me says, pull ’em up. Another part doesn’t feel like it — I tried pulling one up by the roots the other day and it wouldn’t budge. But the strongest part of me, the part that has the upper hand at the moment, is suffering moral pangs at the thought of all those soon to be dead plants in a pile next to my empty flower bed. 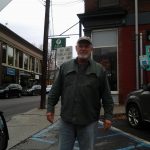 A private consulting forester, with over 35 years in the forestry business, Dan was nominated by Brattleboro Director of Public Works Steve Barrett. 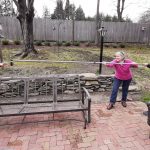 Gardens provide continuity and hope every year, and the Brattleboro Floral Arts & Garden Club shines as a happy reminder that natural beauty continues in our community.

Looking for top quality bare-root fruit trees and unusual perennials to start or expand your home orchard or garden? Place an online order by April 30, with pick up by appointment May 2 or 3 at Scott Farm Orchard!

In response to COVID-19, Scott Farm’s annual Fruit Tree and Perennial Sale will take place online this year (instead of on May 2). We are offering a wide selection of bare root and potted fruit trees and perennials to include: Heirloom Apple Trees, Common Apple Trees, Stone Fruit and Pear Trees, Potted Fig Trees, Blueberry Bushes, Heirloom Apple Scions, Orchard Products, and Perennials.

Back in my childhood, paper towels were regarded as an expensive commodity, to be used rarely, if at all, and only on the most spectacular of spills. For a spill to be worthy of a paper towel, a Paper Towel Emergency had to be declared unanimously  by all present. Otherwise, we were supposed to use the kitchen sponge or a dish cloth to wipe up the offending area. 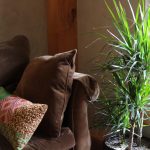 Over the last five years or so – through open houses, tours, and educational events – hundreds of members of the Brattleboro Community have visited our home under construction in West Brattleboro. We are once again opening it to the public in hopes of sharing our journey, learning from visitors and sharing what we know about local and natural materials, energy-efficient building practices, and working in the building field.

The Brattleboro VFW located at 40 Black Mountain Road is looking for a couple of volunteers to weed around the building. Plenty of work to be done. Please contact slofting@hotmail.com if interested. 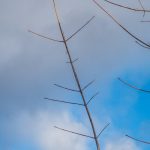 Emerald ash borer is here. Infestation has been verified 20 miles away. It is a killer; now is the time to vaccinate any ash trees you want to save, because by the time you find the pretty green insect on your tree, or notice the damage, it will be too late. Infested trees die from the top of the crown down; by the time you can see from the ground that you have damage, the tree will be too far gone to save.

How do I know if I have ash trees?

I thought it was just us. All summer long, mildew seemed to be taking hold all over the house. As we packed boxes and got furniture ready to be moved, we wiped mildew off off just about everything.

We did have incredibly high humidity all summer long, and some tropical days for sure. But this seemed a bit extreme. It was as if you’d wipe mildew off a surface and it would start right back.

The Windham Regional Commission is pleased to announce $66,000 from the third round of the Windham County Renewable Energy Program has been awarded to the development of rooftop solar on the Red Clover Commons. The Energy Committee received three strong applications and chose this project as it best met program priorities. The installation will serve the elderly and disabled affordable housing development which is managed by a consortium of non-profit entities including Brattleboro Housing Partnerships, Housing Vermont, and Red Clover Commons Limited Partnership.