The Brattleboro Selectboard held a special meeting to accept the resignation of Town Manager Yoshi Manale and to ratify his severance agreement.

Manale wasn’t in attendance. The board let Chair Ian Goodnow do the talking, which was tightly constrained to pre-approved boundaries by legal counsel.

It surprised many that Town Manager Yoshi Manale resigned after just a few months. But it isn’t that surprising.

Brattleboro is unusual. For a small town, there is a tremendous amount of media. Two newspapers, three radio stations, citizen journalists, and others pay close attention to what goes on in town government. Add in social media, discussions in offices, and conversations on the street and you end up with a rather active core population that follow the details of town government.

There are big cities with less coverage of their municipal governments and fewer news outlets. And big city news is often dominated by crimes, fires, and other distractions, making municipal news a smaller piece of the overall newscast or front page headlines.

I had the opportunity to talk with Brattleboro’s new Town Manager, Yoshi Manale, last week via Zoom. What follows is a rough transcription of our conversation which wanders through topics such as Brattleboro’s downtown space, NJ politics, DC, Vermont, climate, housing, moving to a new place and fitting in, celebrities, and more.

I thought I’d do a little introductory story about you since you are new to to most people in Brattleboro. I thought I’d start with your name. Octavian is a really cool name. How did you get that name?

“On behalf of the Brattleboro Selectboard, I congratulate Yoshi Manale on being selected as our new Town Manager” said Elizabeth McLoughlin, Selectboard Chair. “We considered many well qualified candidates during our nationwide search. The Selectboard conducted this process with care and diligence, and we are very pleased with the result. We are confident that Yoshi Manale has an enthusiasm for good governance and for Brattleboro that will lead us to a future that we can all embrace. We look forward to working with Yoshi for the benefit of the people of Brattleboro.” 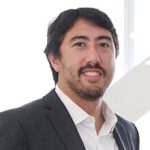 The Brattleboro Selectboard held a special meeting to announce the hiring of a new Town Manager, to fill the slot vacated by retiring Peter Elwell. They announced the hiring of Octavian ‘Yoshi’ Manale as the next Brattleboro Town Manager and approved the contract to hire him. He hails from NJ, and begins in the new year.