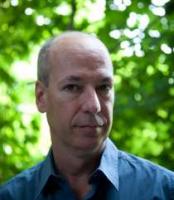 Wyn Cooper is the author of four books of poems, most recently Chaos is the New Calm (BOA Editions, 2010), and Postcards from  the Interior (BOA Editions, 2005). His poems appear in more than 25 anthologies of contemporary poetry and more than 100 magazines.

He has written song lyrics for Sheryl Crow, Madison Smartt Bell, and David Broza, among others. He works as a freelance editor of poetry, fiction, and non-fiction from his home in Vermont. More information is at www.wyncooper.com.

Ken Hebson has  lived in the area for over twenty years. Before moving to Vermont he lived and worked in Japan, Mexico, Venezuela, and Spain. 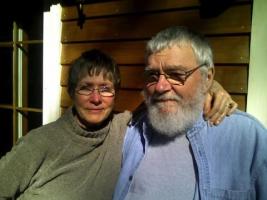 While living in Japan he  traveled in Asia and saw Europe and North Africa by motorcycle and VW bus in the1960’s.

In the early 70’s he and his wife became substincence farmers for four years in the mountains of southern Spain. Both the travel and the farming experience are subjects of a memoir in progress. His new book is South from Istanbul.