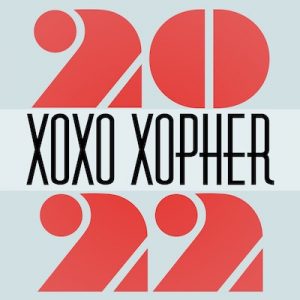 I released an album.

“But Chris, you aren’t a musician and don’t play in any bands.” Well, yes, technically that’s true, but let me explain.

Last year I read a book called “Prince and the Purple Rain Era Studio Sessions 1983 and 1984” by Duane Tudahl. The author goes day by day through studio logs and band member’s recollections and notes of every recording, rehearsal, and performance by Prince and his band the Revolution.

Prince was in his mid 20’s and would work continuously. He’d do a a four hour rehearsal jam, two hour sound check, followed by a two hour concert, and then head into the studio to keep recording until early the next morning. And then back at it the next day to do it all again.

His engineer said he could come in, tape up some lyrics, and record his drum track perfectly in one take. Then he’d hop on the bass or keyboards to layer in another track. After a few hours, he’d have a new song.

Often, it was finished, or finished enough that it could be tweaked and edited just a bit and be available to release. Other times it was filed away in his vault, or worked on with the band.

During these two years he put out two of his own albums (Purple Rain and Around the World in a Day), and recorded music for The Time, Shelia E, The Bangles, Sheena Easton, Stevie Nicks, Jill Jones, and Apollonia 6. He also put out a movie, played 100 live shows, went to awards shows, and enjoyed being at the top of the charts for an extended time.

Reading all of this, I got to thinking – what would it be like to crank out a song a day? I gave it a lot of thought as I read, and when I finished the book, I was inspired. I wanted to give it a try.

Now, I’m not really a musician, but I do like to play music. I fool around on bass, drums, keyboards and even guitar sometimes. My ongoing problem has been finding other funky players to play with. Most of my friends like to sing Dylan covers when we get together, or Beatles tunes. I accommodate them, and have fun, but when I want to do something more like James Brown, they stare.

I needed to become my own funk band.

Luckily, technology has been coming along. Where I would have tracked down a 4-track cassette player in days gone by, Garage Band on the Mac has everything I needed. I could record as many tracks as I needed, and it had all the editing tools and sound controls I could want, from limiters and compressors, to drum machine sounds and keyboard samples, to stomp box effects and more.

I decided to give it a try.

I didn’t have the luxury of unlimited free time, so my “do it in a day” challenges were spread out over multiple weekends, during the holiday season no less.. Each song got about a day, plus a bit of extra time to do some overdubs and mixing.

The music part of it came pretty easily. I’m pretty good at coming up with grooves and hooks. My weakness is in the lyric department, and I had to spend extra time coming up with words. The music flowed; the lyrics were work. I started out with a song about this year – 2022, and how it’s getting late to deal with the environment. That gave me a bit of confidence.

I wrote other songs. One was about being asked to move some things. Another was an attempt to fit haiku into a funk tune. I wrote about cashiers. I did a slow love ballad to long-ago stars of the silver screen. I went all out on a dance tune, and created what I believe to be Vermont’s first go go song.

Gradually I began building up the collection of songs. As I did so, I had a realization: thinking about doing something creative is not the same as doing something creative. Once you start a project, all sorts of new creative juices will flow that are not there if you are just pondering. Many of these songs surprised me – I didn’t set out with a goal of them sounding like they do, but that’s what they wanted to become.

Doing this project was enough for me. I got a good sense of what it feels like to look for musical inspiration on a regular basis, and pushed myself to keep at it and not get bogged down finessing snare drum sounds. I got what I wanted out of it.

I’m happy with the results, for the most part. No one likes the sound of their own voice, of course, but having listened to these songs in the car for a week or so while doing errands, I find myself humming them later on. (It goes to show that any crappy song played over and over could become a hit!)

Once all of the music came together, I began to think why not share it with others, too? Technology was again on my side.

I didn’t need a manager to get me an appointment at Warner Bros. Bandcamp is a service for independent artists, and it is free to put your music up there. I quickly created an artist page, uploaded songs, did cover artwork, and put it all together as a complete work.

I did have to come up with an artist name, so I went with an abbreviation my family used to use for me: xopher (like xmas, get it?). My full artist name is now xoxo Xopher.

My new album is officially released! You can preview it here:

If you are so inclined, go follow me on Bandcamp at xoxoxopher.bandcamp.com or tell your friends about this if you think they might enjoy some indie funk from a Vermonter.

When I’m curious about something, I like to try it myself. I’m also still trying to figure out what I want to be if I grow up. That sometimes leads me to odd projects like this one. I share this in the hope of inspiring you to try something different and creative, something you never thought you’d do. And if you do, tell us about it here. 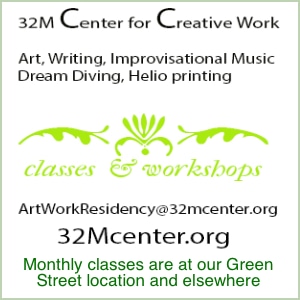