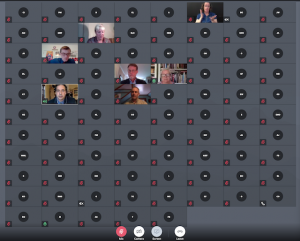 The Brattleboro Selectboard didn’t get to new business until after 11 pm. Old business of Representative Town Meeting scheduling, second thoughts on an already-approved budget, and competing proposals for police reforms filled the lengthy meeting.

In the end, no new RTM was set, the board was told the budget cannot be changed but can be ignored selectively, and competing proposals for police reforms will fill a new meeting schedule for July 21.