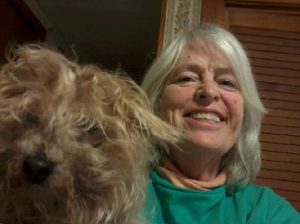 On his website, Scott Milne says he wants to serve as a partner to
Governor Phil Scott.
(1) “A partner” is not the job description of Lieutenant Governor.

https://ltgov.vermont.gov
“In Vermont, the Lieutenant Governor has three constitutional
job duties: Standing in for the Governor when the Governor
is out of state, and becoming acting Governor if the current
Governor cannot perform the duties due to death or other
circumstances; Presiding over the Senate; Casting a tie-breaking
vote in the Senate if necessary.”

Vermont Constitution Chapter II, Section 3, The Supreme Executive
power shall be exercised by a Governor, or in the Governor’s
absence, a Lieutenant Governor.

Vermont Statutes Annotated, Title 3, Chapter 1, Section 1 (b)
When the Governor is absent from the state, the lieutenant governor
shall act for him.

https://legislature.vermont.gov/statutes/constitution-of-the-state-of-vermont/
§ 19. [POWERS OF SENATE; LIEUTENANT-GOVERNOR’S DUTIES]
“The Senate shall have the like powers to decide on the election and qualifications of,
and to expel any of, its members, make its own rules, and appoint its own officers,
as are incident to, or are possessed by, the House of Representatives. A majority shall
constitute a quorum. The Lieutenant-Governor shall be President of the Senate, except
when exercising the office of Governor, or when the office of the Lieutenant-Governor
shall be vacant, or in the absence of the Lieutenant-Governor, in which cases the Senate
shall appoint one of its own members to be President of the Senate, pro tempore .
And the President of the Senate shall have a casting vote, but no other.”

Scott Milne writes on his website platform:
“Opening Up the Committee on Committees: One of the main functions
of the Lieutenant Governor is to sit on the three-person
Committee on Committees, which decides committee assignments
for the Senate. However, this Committee has long been charged with
a lack of transparency in its deliberations.”

Scott Milne, that is not a valid job duty of the Lieutenant Governor,
despite any reference in Vermont law, it is a violation of the
United States Constitution to appoint elected Senators to
committees because by appointing them, they are denied their
US Constitutional right to freedom of association and freedom of
speech.

The problem is that Senators are assigned to committees, rather
than chosing which committees they want to join.

It is a shame when someone says that they used to be a member of
the State Legislature but they didn’t run again because
they couldn’t get anything done. They couldn’t
get on the committees they needed to be on. If you are a farmer
you might want to be on the Agricultural committee, etc. The
reason there are dead end deliberations are because of yawning,
groaning, boredom, and frustrated Senators who are in the wrong
place at the wrong time for their particular talents and education.
They know why they ran for office, they don’t need to be
dead in their tracks by being assigned to the wrong committee
for their agenda. Vermont is diverse. Many people in southeastern
Vermont do not know about the problems with Lake Champlain.
Many people in the city of Burlington don’t know what it is like
to live in a small town without bus service and no taxi.

Molly Gray says she is running for Lieutenant Governor because we
need leaders who know how to invest in our future.
Molly is running for the wrong job, she should run next time for
Treasurer, which includes the job duties of investing taxpayer dollars
into money market funds, etc. Apparently Molly Gray has not told us
if her time spent in Switzerland included working as a young lawyer in
the legal departments of Swiss banks which cater to secret hidden
accounts for the wealthiest people in the world.

https://www.vermonttreasurer.gov/content/cash
Vermont State Treasurer’s Office
“The State Treasurer’s Office is responsible for the investment of the State’s
operating and restricted funds, and other non-retirement related trust funds.
For operating funds and restricted funds (those funds identified as having certain
federal restrictions, grant restrictions, or funds that must be segregated by statute),
the State has an investment policy with an overriding goal of minimizing exposure to
risk and maintaining liquidity necessary for future cash needs, while maximizing the
return on investments of these funds. Types of investments allowed include obligations
of the United States and its agencies and instrumentalities; certificates of deposit issued
by banks and savings and loan associations approved by the State Treasurer;
domestic money market funds; and other money market instruments.”

Molly Gray supports every Vermonter’s right to choose abortion.
Molly Gray supports permanent and equal access to reproductive choice,
but not equal access to know what abortion really is, or the right to bury
your baby after you’ve aborted it in the religious ceremony of your choice.
After all, baby parts can be “donated” and then entities can charge huge
transfer and storage fees for stem cells and other baby parts, making a
fortune.

Cris Ericson, if elected Lieutenant Governor, will preside over
the Senate, as the job description states in Vermont Statutes,
and will ask the members of the State Senate to write up a Bill
promoting the idea that film makers
should have equal rights under the law to film any medical procedure
and air it on television and on the internet. For example, heart transplant
surgery and other surgeries should be treated equally to abortions.

So long as abortion is legal, then it should be legal, if the mother of the
unborn baby agrees, to film the abortion or video tape the abortion.
Only then will people really know what abortion is.

So long as it is legal to end the existence of a fetus
or unborn baby or just barely born baby, then it should be
equally legal, with the mother’s permission,
to film or video the end of the baby’s life, the last
heart beat. Progressive Party candidate
Cris Ericson only wants to open your eyes so you can
experience true choice and see the material facts.

No one ever talks about how many of these babies
are Black or Yellow or Red or Brown.
Lives of people of color are snuffed out.
How can you say, “Black Lives Matter” in one breath
while you are snuffing out the last breath of one?

If Cris Ericson is elected Lieutenant Governor, and the
Governor is out of state, she will use this time as
Acting Governor to grant pardons to non-violent offenders.

There is one thing that too many Vermonters are
blind to: inclusiveness. What inclusiveness?
Cris Ericson has submitted videos to all public
community access television stations in Vermont
and only a few have aired them, one station only
agreed to air one of her videos, and she is on the
ballot for five offices.

Vermont has never been “inclusive”. Vermont never
allows all candidates to participate fully in elections.
This is a vicious attack against freedom of speech
and freedom of association which many candidates
current and past can testify to.