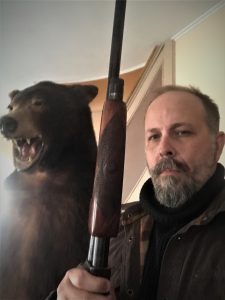 However, even while we may have defeated this assault on our democracy, we should face with sober senses that in all likelihood this is not the last existential crisis our democracy will face. And even while we struggle against the COVID-19 pandemic, and even while we seek to endeavor towards a Green New Deal economic recovery effort, we must also seek to fortify our democracy whereby it is made more resilient in the face of future threats. And here, we must not only strive towards a more equitable economy, but also towards a society whereby working class people are truly empowered through a more direct and participatory democracy. As the Vermont philosopher John Dewy once said, ‘the only solution to the problems of democracy is more democracy.’

So remain vigilant and actively reject the fascism being offered by Trump and his ilk. But also let us set our eyes on the greater prizes of establishing an economy which serves the needs of the great majority of the people, and establishing a more robust democracy through which our collective dreams and desires can take form as an expression of our common will.