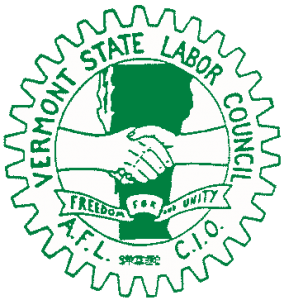 For four years under Trump rule Organized Labor has suffered grave attacks on our historic rights. From the rightwing Supreme Court Janus Decision (degrading our ability to collect dues), to Federal rule changes seeking to disallow even voluntary dues being withdrawn from tens-of-thousands of Unionized Home Healthcare Workers’ paychecks, to reactionary decisions coming out of the Trump appointed National Labor Relations Board, to attempts to sabotage and privatize the Postal Service, to a shutdown of the Federal Government during which our Union members were not paid, we have faced assault after assault. And the attacks were far from limited to Labor.

Let us not forget Trump’s support for White supremacists in Charlottesville, his distain for Black Lives Matter when they rose up against the murder of George Floyd (and others), his demonization of Latino and Latina immigrants, his active opposition to a woman’s right to control her own body, his massive tax cuts for the wealthy, his degrading of working people’s access to healthcare, his betrayal of YPG & YPJ forces combating ISIS in Syria, his telling the Proud Boys to “stand by”, his failure to act on the COVID-19 pandemic (instead calling it a hoax) leading to half a million Americans dead, and his post election defeat epilogue whereby he flagrantly sought to utilize the courts, Republican allies in State Legislatures, reactionaries in Congress, and then even a violent insurrection to attempt a fascist coup against our democratic Republic. These are crimes committed by a fascist which should not be forgiven or forgotten. But in the end, today, he is forced to face his own defeat. Today democracy has triumphed over fascism, and for that we celebrate.

But even as we breathe a sigh of relief, even as we pause and bask in this win, we, as Labor, must see with clear eyes what comes next…

Trump has emboldened the extreme right. He has effectively brought them out of the shadows, into the streets, and has made them crave the power that they have tasted under his regime. And over his single term in office they have grown increasingly organized and increasingly violent. Undoubtedly even now, in the aftermath of their January 6th loss, fascists, White nationalists, and anti-Semites dare to envision more violence and more attacks aimed at subverting the basic democratic virtues of our Nation. And here we must be cognizant that acts of far right terrorism will be carried out in the months and years ahead.
Short of terrorism, the extreme right now also has a playbook concerning elections. In many regions of the U.S. Trumps fascist platform of division and anger will gain traction as the economy continues to be in crisis. And where the right fails to win free and fair elections (and where their traditional tactics of voter suppression do not work), they will learn from Trump’s methods of corruption and seek to nullify results that do not affirm them as victors. In short, the battle was won, but the war is far from over…

So what is to be done?

We defeat Trump’s brand of fascism by utilizing two approaches: First, We must confront street level fascists, directly, wherever they seek to march, wherever they seek to organize, and where and whenever they attempt to use force against communities or our progressive allies. Here, history again and again tells us that fascists do not give up because of reason, editorials, teach-ins, or because they lost an election. Fascists fold only when they are pushed back through firm and direct means. Failure to directly confront fascism will not make them go away, rather non-confrontation will only give them the space they need to grow. So we must not allow this to happen; we must never allow them to control the streets. Instead we must pay them in kind for the assaults they visit upon us.

Second, we must recognize that the far right has grown in proportion to the Democrats failure to achieve deeper, more progressive change in society that is of the direct and clear benefit to low income and working class people. Instead of fair trade, it was the Democrats under Bill Clinton that gave us job killing free trade. Deals such as NAFTA eliminated millions of good paying Union jobs in America, and we, as a society, are yet to crawl out of this hole. And it was also under the Democrats that so called welfare reform took place whereby millions of low income Americans were cut lose of basic government assistance. Meanwhile, both the Democrats and Republicans have overseen programs of massive tax cuts for the rich. These roads have led us to the place were tens-of-millions are utterly alienated from society and have increasingly looked for alternatives to the status quo. And for many of those in search of something else, Trump’s fascism will be there (and has been there) to welcome them if a progressive alternative is not apparent.

So the task before us now is to build such a progressive pro-Union alternative; one that embraces a more direct democracy, Union rights, livable wages, healthcare as a human right, paid family medical leave, affordable housing, free higher education, and an end to systematic racism. We also must rapidly vaccinate all Americans, and put people to work through massive public investment in constructing a green infrastructure. And further, such a new social project must be funded not by regressive taxation on workers, but rather from raising taxes on corporations and the wealthiest capitalists among us. It is only through advancing such a progressive working class agenda that we will give form to the vision that another word is not only possible, but is upon us; one where hope, security, and plenty, and not scarcity & repression, become the fruits of our collective labor.

We can and must do this. But we, as Organized Labor, must not put blind faith and uncritical optimism in President Biden or his Democratic majorities in the U.S. House & Senate. For truth be told, left to their own devices, they, like their Republican counterparts, are largely beholden to the billionaires and multi-national corporations behind them. Least we forget that it was the core failures of the Democratic Party to deliver meaningful reform that gave rise to the conditions required to allow Trump to win the Presidency in 2016. And here, this mistake must not be allowed to happen again.

Rather we, as a Labor Movement allied with racial and social justice organizations, with women’s groups, must go on the offensive. We must build a mass movement from below that demands true economic equity and a foundational transformation of society as a whole. And here we must organize in our Unions, in our workplaces, in our communities, and in the streets towards our progressive agenda. In brief, we must go well beyond the confines of the Democratic Party, grow and exert our influence outside the channels of the Party, and thus allow that pressure towards real change to be unavoidably felt in Washington and beyond.

It is a new day. But the fight has only just begun.