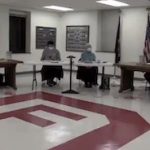 The Brattleboro Selectboard lifted town rules requiring masks. People and businesses are free to once again do as they please with caution. The mask rules can come back if things get bad again.

The board also passed a new rule requiring downtown property owners to clear their sidewalks of snow within 24 hours of a snowstorm or face fines and costs. It may be a while before this is tested, though, as winter is wrapping up for the season.

A potentially short regular meeting of the Brattleboro Selectboard is scheduled for Town Meeting Day (election day). They will hear about new plans for liquor for the Latchis Pub & Underground, they’ll talk about wearing masks a while longer, and they’ll amend the ordinance change regarding downtown snow removal. You can add to the meeting by bringing up other items not on the agenda during public participation. 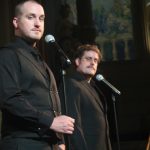 A packed agenda awaits the Brattleboro Selectboard for their first regular meeting of May. Brattleboro broadband possibilities and a handicapped parking space on Main Street are just two items of note.

They’ll also talk about liquor licenses for new and old establishments. They will buy a dump truck, authorize improvements to the parking garage, plan summer paving, and discuss goals and town operations. There are grants to apply for, farm taxes to be stabilized, meetings to cancel, and more. And you can bring up other items during public participation.